Online education in India will mushroom into a $1.96 billion industry from current $247 million.

Education in India has followed a standard course of action since millennia. Students pay attention in schools, iron out the rough edges at tuitions, and take countless tests as well as assignments until they pass and go through that all over again for years. The system, which demands students be always on the clock was never considered ideal, but it delivered results on paper, hence it stuck.

But as the race for numbers continues to aggravate, severe cracks have begun to emerge in how the country’s hundreds of thousands of institutions and schools educate its young population. With little onus on foundational concepts and broader outcomes, a significant portion of India’s graduates is struggling to find work or holding on to the one they have.

On the 2018 Legatum Prosperity Index, an annual study which evaluates 149 countries on several factors, India stands at the 104th spot in education. Incidentally, the same report placed India’s education at the 92nd position in 2015. One would expect an improvement in ranks, but that's sadly not the case. 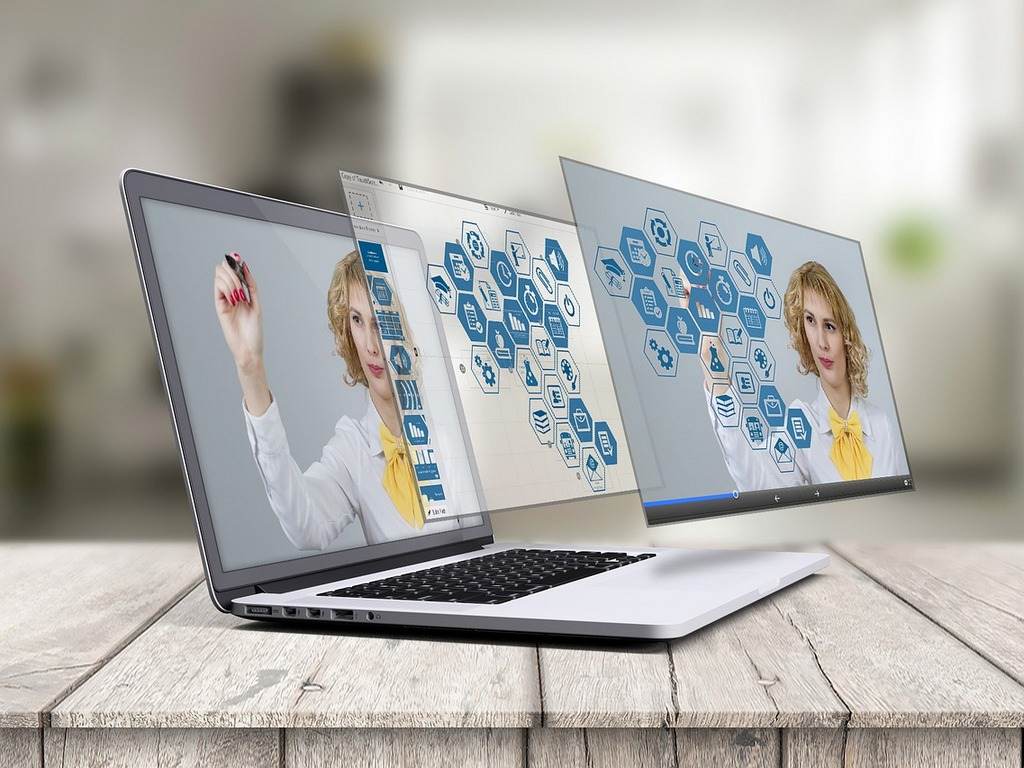 What’s more, as per the Indian Skill Report 2018, about half of India’s engineers, which account for one-sixth of all bachelor degree programs, are unemployed. Another similar survey by an employability assessment company Aspiring Minds revealed a staggering 80 percent of engineers were not fit for development jobs.

These strong metrics highlight that not a lot has been done over the years to address glaring shortcomings which could end up crippling India’s future. However, with the effects of internet democratisation finally trickling down to the education sector, a new wave of 'Edtech startups' is rising—hoping to drive India’s $91.7 billion academic market and establish a new segment in that archaic routine.

The next battleground in the startup space?

For a field as fundamental as education, a series of factors need to fall together in the right place. And luckily for India, they are at this precise moment. A research conducted by Google and KPMG estimates online education in India, the fastest growing internet market, to mushroom by 8x into a $1.96 billion industry from its current $247 million valuation.

The booming sector has led to a diverse set of edtech platforms, each approaching the existing infrastructure lacunae a bit differently. Some illustrate complex topics with whizzy animations, others offer tutorials from human tutors, a few have gamified the whole process for building a more interactive experience, many are trying to bring the tech to traditional classrooms as well instead of the other way and much more.

Available courses also span across a wide range of demographics including K-12 classes, professionals who are looking to upskill their abilities, entrance exams preparation, colleges, vocational training and just about everything else. Byju Raveendran, the founder of Byju's has got the most funding amongst Indian edtech startups

On the surface, India’s education system has a handful of conspicuous flaws.

First is the one-size-fits-all mindset. Every student learns at his or her own unique pace. Most schools and colleges, however, function in a conventional manner and if the pupil fails to grasp, they’re out of luck. Schools or colleges have fairly little incentive to pay attention to each and every pupil.

The majority of these startups such as Byju’s and Vedantu, therefore, come equipped with personalised learning algorithms that allow their services to adapt to each user’s pace and needs. So say, if there’s a student who is able to solve a particular questionnaire relatively quicker, he or she will be next time presented a tougher one.

Vedantu, a live tutoring online platform, shares the produced insights with its mentors so that they can contact the student and understand the issue. “We have developed Patented algorithms (AI) which give us a tremendous capability to draw insights about every student’s learning progress. These insights then enable Vedantu’s Academic Mentors to do corrective interventions on each child to ensure predictable learning outcome improvement,” said its CEO and co-founder, Vamsi Krishna.

Byju’s, the country’s most valued edtech startup, stitches a learning profile of its students and its frameworks customise the apps to match that. Byju Raveendran, CEO, and founder stated, “The content is tagged at the sub-micron concept level and this helps the algorithms create a smooth learning curve for the student so that they feel challenged yet motivated. Whenever they make a mistake, we identify the right remedial method to strengthen the student’s learning experience.”

Second is the skewed pupil-to-teacher ratio. To serve such a large population of students, there simply aren’t enough teachers or in some cases, resources. Since students have the option to study from the online services whenever and however they want, they won’t feel left out. The KPMG study mentioned earlier attributed “convenience and flexibility” as two of the key driving factors. A bunch of startups have also begun to include one-on-one sessions as an incentive to upgrade to premium plans.

Preparing students for the next-gen professions

The third deficiency is the lack of variety in courses. Today, you’re no longer restricted to solely a couple of professions. Jobs such as standup comedy and full-time blogging are becoming increasingly common. Unfortunately, these chapters are yet to make their way into our education system.

Another vital concern is the fast-paced industries which necessitate you to constantly evolve in order to stay relevant. This has resulted in tens of services which are designed to assist professionals through upskilling and re-skilling programs. upGrad is one such organisation and features courses in categories like Data Science and Blockchain.

“While rapid adoption of exponential technologies accelerates the growth trajectory of a country, at the same time it creates a palpable skill gap. This drives an urgency for the workforce to continuously upskill themselves in order to stay relevant in their professional life, and furthermore grow in their career,” told Mayank Kumar co-founder and MD of upGrad in an email interaction with Tech2.

Edtech startups are also able to deliver lessons to regions lacking competent coaching centres. Take Gradeup as an example which preps its users for roughly any kind of national exam including NEET, IAS and the rest. Similarly, the online shift enables students, who cannot afford an education at all, to study and compete with their more financially comfortable peers.

The efforts by edtech startups are undoubtedly promising and investors are taking note too. As per EY India, the edtech sector raised $742 million last year, a year-on-year surge of an impressive 733 percent. The government is hopping on board as well. At the announcement of the Union Budget 2018-19, Finance Minister Arun Jaitley assured, "The government is set to increase digital intensity in education. Technology will be the biggest driver in improving quality of education."

Looking at the bigger picture

Of course, not all that glitters is gold. Upon close inspection, concerns remain. While edtech companies have digitised education and seemed to have figured out a number of critical drawbacks, they still have miles to go. The biggest question which hangs in the balance is whether they are able to mend any of the country’s core shortfalls.

Most of them—at least the popular ones—are centred around grades and have known to simply become another burden for students to worry about from their parents. A lot of them can be essentially reduced to more input for users following the same, facile pedagogy. More tests to solve, more lessons to complete, more pressure to do well, you get the idea.

“We have a fundamental problem with overambitious curricula and teaching to the test. Putting content on a digital platform only adds to this pressure,” commented Rohan Sandhu, associate director at the International Innovation Corps, University of Chicago Trust.

Even if an edtech startup is rethinking the essentials, the absence of widespread awareness and stigmas among Indian parents affect their growth.

“E-learning in India is becoming a huge trend, however, parental mindsets are yet to evolve with regards to digital transformation. There is a need to shift from the traditional ways of learning and allow students to learn at their own pace. Another challenge is the apprehension of parents giving their children access to gadgets as they feel that they will check videos and games vis-à-vis learning. Thus, traditional mindsets are a hurdle towards higher adoption of learning platforms,” added Vedantu’s Krishna.

The ones who aren’t worried about this, do agree there’s work to be done. “We do believe that we still have a long way to go before we call it a learning revolution. Even though we have touched 1700+ cities and towns in India, we have managed to impact just close to 2 percent of the school-going population,” said Byju’s Raveendran.

The majority of India’s leading (and the most funded) edtech startups are also on the expensive end of the spectrum and often overlook their roles in the country’s collective development.

“Several of these start-ups follow a B2C model, which means they target parents who are able to pay for their children. This is a very elite segment, which doesn't really produce system-wide impact,” added Sandhu.

“Till the time there is no blending of tech with classroom learning, the impact of tech in the Indian school system, in particular, will be limited. The race is here for grades and marks," commented Mradula Singh, founder, NexSchools.

There are no straightforward solutions to a problem as deeply ingrained as the Indian education system. Yes, the onset of edtech startups in India has allowed millions to learn in a way they never could before. But for India to progress as a whole, everyone involved will need to join hands. Be it teachers, edtech startups, parents or government officials. The spotlight needs to shift towards building products that address the various barriers.

India is, at long last, in a technology-rich state but if it wants to sustain this meteoric expansion, it will have to fix aspects such as education to ensure its citizens don’t fall behind.

The author is a freelance technology journalist from Ahmedabad. He tweets from @phonesoldier.