The company confirmed that it will launch an early access program in the coming weeks for the Android DxO One alongside 1.0 version of the mobile app. 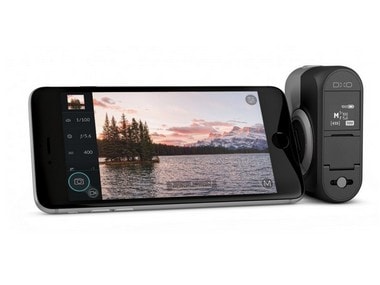 DxO One for iPhone.

The new software update enables Facebook Live Streaming along with multi-camera shooting which makes use of both, its own and the handset's camera, to give multi-angle shots as reported by TechCrunch. Another feature added is the time lapse feature which not only guides the user through the process but also employs Auto Ramping to avoid flicker effects.

The company also announced a number of new accessories for the DxO One. One of them is the tilt stand which allows you to mount the camera with different view angles while it is being used hands-free. There is also an optional accessory included which is the external battery pack for $59.99 and it can double the run time for the camera according to the company.

Regarding the information about DxO for Android, this new model will be fully revealed on 2 November 2017. A noticeable change would be the Lightning Port being replaced with the USB-C connector. According to the TechCrunch report, the company confirmed that it will launch an early access program in the coming weeks for the Android DxO One alongside 1.0 version of the mobile app.