Four new research and development projects for real-time monitoring of air and water quality were launched jointly by Dept of Science and Tech. and Intel.

Four new research and development projects for real-time monitoring of air and water quality were today launched jointly by Department of Science and Technology (DST) and Corporate Research Council of Intel. 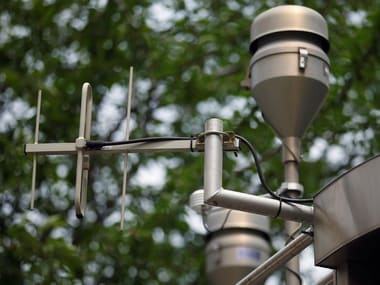 Among the proposed projects is an air quality monitoring test bed that would be able to report and visualize scientifically validated PM 2.5 and gas measurements from 40 locations in real time. After upscaling to 60 locations, the monitoring technology is expected to cover 500 cities and towns across India.

The project aims to collect air quality information to allow policymakers and citizens to deploy data-driven control and preventive mechanisms. The focus would be on low-cost PM2.5, Ozone, nitrogen oxide and sulfur oxide sensors. The idea is to integrate hardware, communication and software stack, from local sensing to distributed analytics. For this, Indian Institute of Technology, Kanpur would work in collaboration with Indian Institute of Science, Bangalore, IIT-Bombay and Duke University, Durham.

The second group would work on high-resolution air quality monitoring and air pollutant data analytics. It would be led by Indian Institute of Science, Bangalore with Central Electronics Engineering Research Institute, Pilani and the University of Southern California. The researchers would aim to develop sensors as well as new techniques of sampling and calibrations to develop air quality index.

The third team would work on developing an aquatic autonomous observatory. This project is also led by IIT-Kanpur, but with Woods Hole Oceanographic Institution (WHOI). The team aims to design and develop low-cost, multi-parameter, water quality platforms with auto-sampling capabilities.

The fourth team would work towards developing sensors for real-time river water monitoring and decision making. The project is co-led led by IIT-Delhi and University of California (UCR), Riverside, along with other Indian and American partners. They would develop sensors for chemical oxygen demand, microbial indicators and water flow for determining water quality.

Launching the projects, Minister for Science and Technology, Dr. Harsh Vardhan, expressed hope that they would help strengthen the government’s efforts to address the problem of air and water quality through missions like Namami Gange.

DST Secretary Dr. Ashutosh Sharma said the projects would be conducted over a period of five years. DST and Intel Corporate Research Council would provide a total Rs 30 crore to the four teams on 50:50 sharing basis. The programme will be administered by the Indo-US Science and Technology Forum.