The difficulties arose because this set of subscribers did not have Aadhaar and nor were they eligible to enrol for the 12-digital biometric identifier.

The telecom department today outlined detailed procedure for telcos to undertake mobile re-verification of foreign nationals and NRIs, and instructed players to operationalise the process for these subscribers by 1 January, 2018. 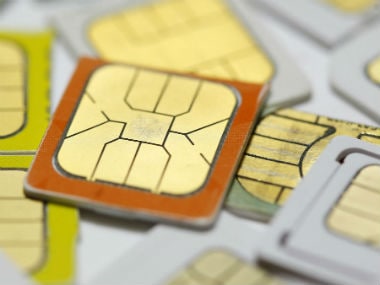 The procedure has been spelt out for re-verification of mobile connections of foreign nationals, as well as NRI subscribers who either do not have Aadhaar or their mobile number is not registered with the Unique Identification Authority of India (UIDAI).

The Department of Telecom (DoT) has also given re-verification procedure for senior citizens who are above 70 years not having Aadhaar, are unable to do biometric authentication or are physically challenged.

The licencees must ensure that...subscribers should "be able to re-verify their mobile connections through these alternative methods by 1 January, 2018", the DoT said in an order today.

It said that various representations had been received from Non Resident India (NRIs) and Overseas Indians and foreign nationals citing difficulties being faced by them in re-verification of their Indian mobile connections.

The difficulties arose because this set of subscribers did not have Aadhaar and nor were they eligible to enrol for the 12-digital biometric identifier.

The DoT has also informed operators about the procedure for IVRS-based One Time Password (OTP) authentication of telecom subscribers whose mobile number is registered with Aadhaar.

Untrue that SIMs verified under Aadhaar eKYC will be disconnected: Govt