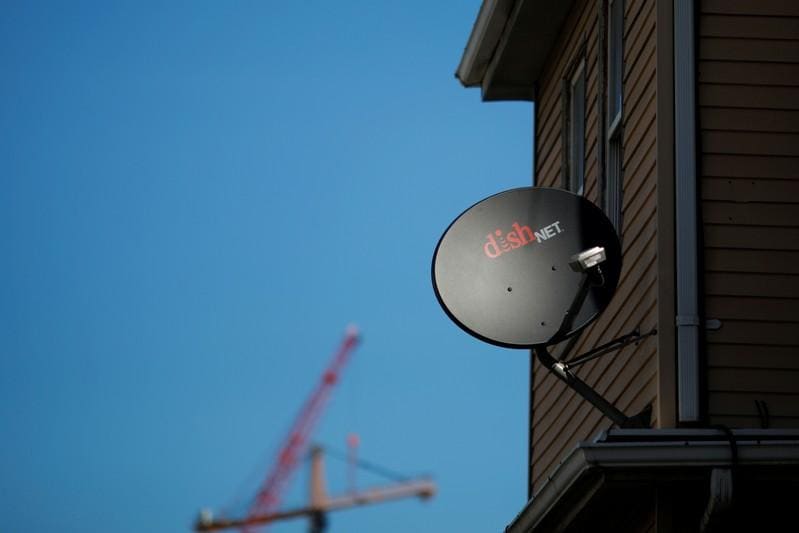 By Sheila Dang and Angela Moon

(Reuters) - Dish Network's bid to become a fourth U.S. mobile carrier may cost billions more than it expected and pits it against corporate giants, but the satellite TV provider has an advantage in starting fresh, with no legacy technology to maintain, and deep-pocketed potential partners are standing by.

U.S. wireless carriers T-Mobile US Inc and Sprint Corp received regulatory approval on Friday for their $26.5-billion merger on the condition they sell Sprint's prepaid wireless business and some cell sites to Dish, paving the way for the satellite provider, which owns $20 billion worth of spectrum, to enter the wireless phone market as the No. 4 company.

Dish has spent years stockpiling wireless spectrum, or airwaves that carry data, and faced a looming March 2020 deadline to build a product using the spectrum in order to fulfill its license requirements.

The company faces challenges of paying for and rolling out the technology as well as convincing consumers to leave entrenched, bigger rivals that are much better known.

Dish founder Charlie Ergen stepped down from his role as CEO in 2017 to focus on building the wireless business, and has remained steadfast in the project despite confusion from analysts and investors.

"I'm not going to convince anybody in this call, so I'm going to quit talking, right?" Ergen said during the first-quarter earnings call as analysts questioned the wireless strategy. "But just watch us over the next couple of years."

Dish has said it will spend $10 billion on the second phase of its network buildout, a cut rate that Craig Moffett, an analyst with MoffettNathanson, said was not possible in a research note on Thursday.

"The idea that Dish might spend $10B and then somehow be finished is, well, just silly," he wrote.

Analysts with New Street Research had a more positive view of Dish's chances, given its network will be built from the beginning with 5G, the new wireless standard just beginning to roll out.

Working with wireless network engineers, New Street determined that Dish’s costs to build a network would be much lower than competitors because it is only building one network, compared to rivals who have to maintain multiple networks, and Dish’s network will be virtual and can save money on the costs of maintaining physical wireless towers.

Ultimately, Dish's cost per unit of data would be 75% lower than Verizon's and 55% lower than AT&T and T-Mobile's, the analysts said.

On top of the $10 billion Dish said it will spend to build the network, it needs another $10 billion to fund operating losses, New Street said.

Moreover, Dish will have no trouble in finding additional capital to build its network, given there are many companies eager to help it take on the three big incumbents, New Street calculated.

"There are a host of deep pocketed companies" that will want to support Dish’s efforts, the analysts wrote, naming Amazon.com Inc and Google as two possible partners.

Reuters previously reported that Amazon was interested in buying T-Mobile assets to get access to its network The New York Post previously reported Google was in talks with Dish to create the fourth carrier. Google said "these claims are simply false," in the report.

Dish will need a partner to defray the financial risks, said analysts with research firm Cowen in a note earlier this month. Amazon and Google would be interested given their work in the Internet of Things and cloud industry, Cowen said.

And entering the wireless business is a good opportunity for Dish given their satellite TV business is "collapsing," said Roger Entner, a telecom analyst with Recon Analytics.

"But it’s also a big risk for them because we already have a very penetrated wireless market and Dish is coming in a weak provider without proper network and distribution," he said, adding that consumers ultimately could end up with another weak national carrier.

Dish follows in the footsteps of AT&T Inc, which has both a satellite TV and wireless phone business. Dish could offer a similar package bundle of TV and wireless, the same way AT&T does.

Under Friday's agreement, Dish will pay $1.4 billion for Sprint's prepaid business and $3.6 billion three years later to buy spectrum licenses in the 800 megahertz range, which are airwaves good for carrying data over long distances and rural areas.

Dish will be starting off with 9.3 million users from Sprint's prepaid business, compared with U.S. Cellular, currently the fifth largest carrier in the U.S. which has about 5 million users. It has promised to be able to serve 70 percent of U.S. population by 2023.