Digital security and sovereignty will lead individuals to get autonomy, control and security of their data: DoT

There are questions and challenges that every country faces in order to ensure that it has effective control over its data and its security, she said.

Calling for digital security and sovereignty, Telecom Secretary Aruna Sundararajan on 22 March said this will lead individuals to have autonomy, control and security of their data, along with being owners of the data. 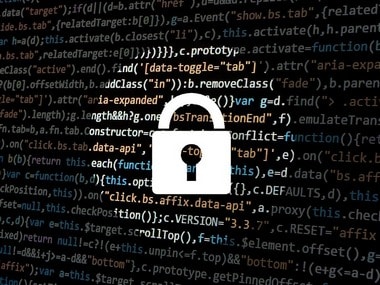 "Digital sovereignty will mean not merely that individuals are owners of their own data but also that they have effective autonomy, control, choice, integrity and security," Sundararajan said while addressing the ET Telecom India Mobile Conclave.

"But along with citizens, it is important that enterprises also have similar safeguards for their data," she added.

There are questions and challenges that every country faces in order to ensure that it has effective control over its data and its security, she said.

Speaking about the New Telecom Policy (NTP) 2018, the Department of Telecom (DoT) Secretary said the policy will ensure that the Centre, states and local bodies are on the same page.

"The NTP 2018 will look at how to ensure telecom is recognised as a critical sector and gets access to finances available to other critical sectors," she said.

Sundararajan also said the Indian telecom industry would require around $10-15 billion per year in form of investments.

"For such investment to come, the industry has to have a reasonable rate of return... Merely having a large market will not be enough," the Secretary said.

"So, the policy (NTP 2018) will be looking at what needs to be done to spur investments, so that we can trigger innovation," she added.

Paid for spectrum, but DoT still to allocate: Vodafone

DoT, Trai to look in to options to refund consumers' money

Sibal to DoT: Make process of levying penalty as scientific as possible