A recent research found that between nine and 15 percent of active Twitter accounts are autonomous entities known as social bots. 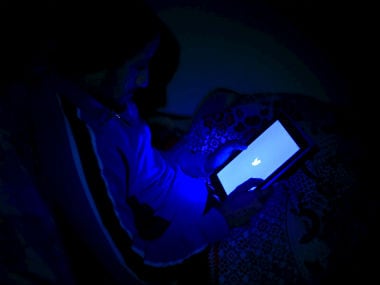 "Impersonation and deception are illegal under New York law. We're opening an investigation into Devumi and its apparent sale of bots using stolen identities," Schneiderman tweeted on 28 January.

He was reacting to a New York Times report that claimed Devumi is providing fake followers to social media users.

On its website, New York-based Devumi claims to "accelerate your social growth by helping you quickly gain followers, viewers, likes and more" on Twitter, YouTube, LinkedIn and other online platforms "with its blend of marketing tactics".

"Devumi sells Twitter followers and retweets to celebrities, businesses and anyone who wants to appear more popular or exert influence online," the report said.

"Drawing on an estimated stock of at least 3.5 million automated accounts, each sold many times over, the company has provided customers with more than 200 million Twitter followers," the report claimed.

To understand how Devumi works, the NYT itself set up a new Twitter account and spent $225 on 25,000 followers.

"As advertised, the first 10,000 or so looked like real people. They had pictures and full names, hometowns and often authentic-seeming biographies," the report said.

Impersonation and deception are illegal under New York law. We’re opening an investigation into Devumi and its apparent sale of bots using stolen identities. https://t.co/uvxGOp7soQ

"The next 15,000 followers from Devumi were more obviously suspect: no profile pictures, and jumbles of letters, numbers and word fragments instead of names," it added.

A recent research found that between nine and 15 percent of active Twitter accounts are autonomous entities known as social bots.

The micro-blogging site has over 300 million monthly active users and that would mean nearly 27 million to 45 million accounts are actually not controlled by humans, according to the study from Indiana University and University of Southern California in the US.