The BCG-Google report also laid out the key triggers and barriers at each stage of online consumer evolution with an aim to help drive digital spending.

The potential for digital consumer spending in India is expected to more than double from the current $40 billion to $100 billion by 2020, a report said on 16 February. 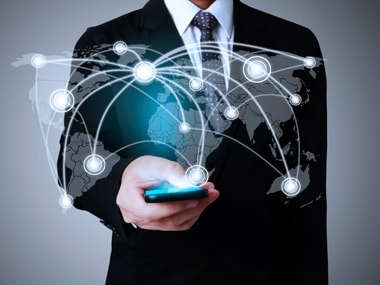 According to the Boston Consulting Group (BCG)-Google India report, the growth will be led by sectors like e-commerce — which is expected to grow from the current $18 billion to $45 billion by 2020 — followed by travel and hotel (from $11 billion to $20 billion), financial services (from $12 billion to $30 billion) and digital media (from $200 million to $570 million).

The report titled "Digital Consumer Spending in India: A $100 Bn Opportunity" revealed that women and new users from non-tier I cities, and shoppers aged over 35 years will drive this growth.

The report said with deeper penetration of mobile phones and affordable data plans, the number of online spenders will not only increase over the next few years but there will be a dramatic change in the profile of users.

The report pointed out that with the improvement of infrastructure, online shopping will take off in India from cities beyond metros and together it is expected to comprise more than 50 percent of the total online shopper base by 2020.

Highlighting that there are 75-80 percent Internet users who do not spend online currently, the report said even though digital media has gained ground over the last few years, the actual digital spending is still in evolutionary stages in the country.

The BCG-Google report also laid out the key triggers and barriers at each stage of online consumer evolution with an aim to help drive digital spending.

"Digital spending in India is at a cusp of significant wave of change, while we have seen enthusiastic response to adopting newer forms of digital payments in the last few years, the base is still relatively small," said Nitin Bawankule, Industry Director, Google India.

"The ecosystem needs to focus on creating a very targeted value proposition for different segments of users and across different categories to drive larger adoption."

The report called out for specific actionable insights for different sectors to drive adoption among the non-buyers.

"For the price conscious Indian users, discounts can be a good trigger to drive trials and building comfort with digital and guiding them along the purchase pathway," said the report.

Among occasional shoppers — which comprise 75-85 percent — value added services can be the key differentiator, while for frequent shoppers comprising 15-25 percent, it would be imperative to create unique propositions like loyalty programmes and develop customised communications to drive stickiness, the report said.

"Very different actions are needed to unlock growth and move consumers from one stage to the next," said Nimisha Jain, Partner and Director, BCG India.

Countries with the cheapest mobile data: Where does India stand?