Deployment of 70 supercomputers at various academic and R&D institutions under supercomputing mission to start soon: Official

The Cabinet Committee on Economic Affairs had approved the launch of the National Supercomputing Mission in March 2015.

The Centre for Development of Advanced Computing (C-DAC) expects that deployment of supercomputers under the Rs 4,500 crore National Supercomputing Mission would be commencing soon, an official said on 14 March. 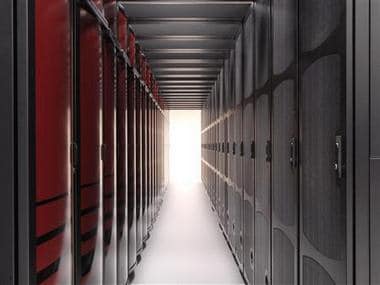 The Cabinet Committee on Economic Affairs had approved the launch of the National Supercomputing Mission in March 2015.

"Under the mission, about 70 supercomputers would be installed in various academic and R&D institutions. The deployment of supercomputers under NSM is going to start soon. The first deployment could be in the IIT Kharagpur," said C-DAC (Kolkata) Director Nabarun Bhattacharyya.

"We are spearheading the mission. In India, lot of data would be going to come and supercomputers would be required to process huge volume of data. In order to process this growing volume of data, developing of supercomputing ability would be essential," he said on the sidelines of a programme organised by the Indian Chamber of Commerce.

It envisages empowering academic and R&D institutions spread over the country by installing a vast supercomputing grid comprising of more than 70 high-performance computing facilities.

C-DAC, an R&D organisation of the Ministry of Electronics and Information Technology (MeitY), is also working on developing microprocessor which would be used electronics devices.

"The programme on developing microprocessors is in design stage. We are working on tough time schedule," Bhattacharyya added.

India to get a new indigenously built supercomputer next year; Param team heading the project

India's PARAM supercomputer among the world's most power efficient systems

C-DAC Releases New Products For Development Of The North East