Dell Inspiron 7391 2-in-1 laptop review: A tad overpriced, but a balanced offering nonetheless

The laptop is a pretty decent workhorse as its system feels snappy to use and I noticed no slowdown no matter what I did.

With more and more laptop manufacturers opting for a bland, functional, and budget-conscious aesthetic when it comes to designing laptops, the Dell Inspiron 13 7391 2-in-1 stands out for being less bland, maybe even borderline intriguing.

The 2-in-1 in the name stems from the fact that this is a laptop, and also a tablet. The hinge rotates nearly 360 degrees, so you can flip it all the way back for use in tablet mode, prop it up in tent mode, or just simply use the touchscreen as an additional interface in regular laptop mode. 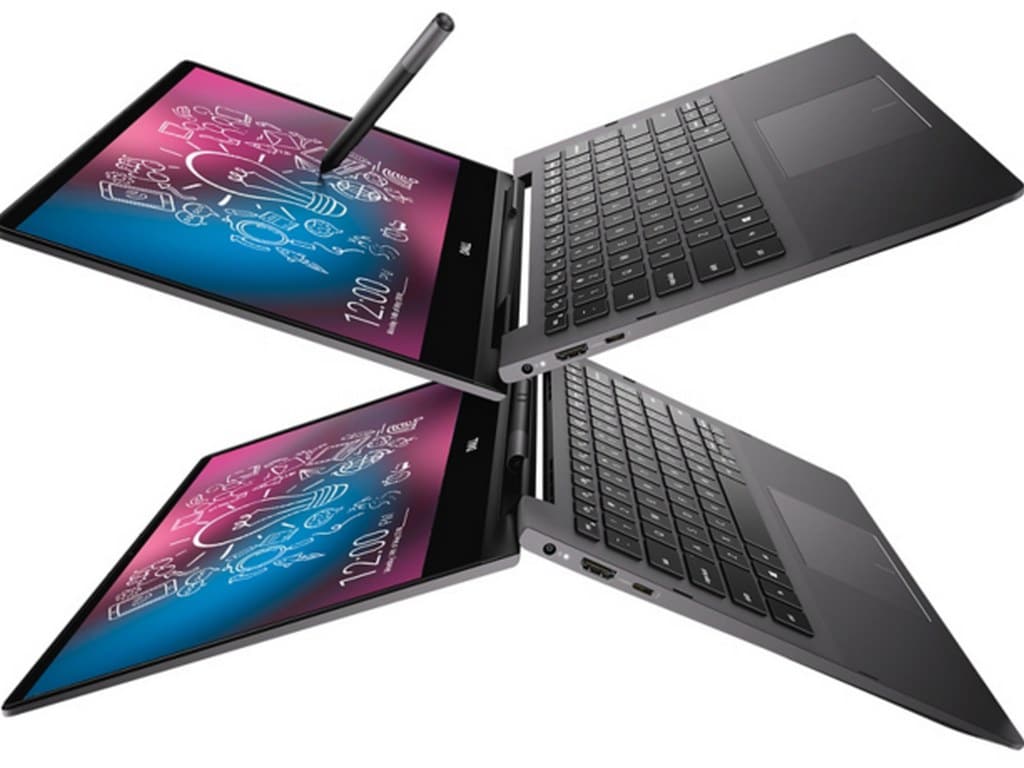 What stands out here is the little well above the keyboard for housing the bundled stylus. Most companies have struggled with stylus placement on their devices – it even took Apple a couple of years to get its design right – but the Dell deals with the issue admirably. When in its little well, the stylus won’t fall out and the lid can be shut without fear of damaging the screen.

The config I received for testing features an Intel Comet Lake CPU (Core i5-10210U), 8 GB RAM, and 500 GB of high-speed NVMe SSD storage (1,200 MB/s read/write speeds). The screen is a 13-inch FHD unit with good contrast and average brightness. I’d have preferred to see an Ice Lake CPU for the additional graphical oomph and battery saving features, but Comet Lake isn’t too bad an option for regular work use.

Speaking of work, this laptop is a pretty decent workhorse in its own right. The system feels snappy to use and I noticed no slowdown no matter what I did, be it opening dozens of Chrome tabs, messing around in Photoshop, or a tonne of typing. Gaming, of course, is a strict no-no with this machine.

The 10210U’s UHD graphics engine is several generations old now, and barring light 2D games and 5-10 yr old shooters, there’s really not much else you can play.

The keyboard is a tad mushy, but good enough for typing on and doesn’t get in the way. Ditto the trackpad, which is a little small for my taste, but large enough for the laptop.

The speakers aren’t that great, with audio quality best described as passable. The speakers also don’t get too loud, but they’re loud enough for a quiet home office environment.

Given the config and size of the machine, I expected about 5-6 hrs of battery life for my usage, and that’s exactly what I got. I was pleasantly surprised to note that the laptop charges rather quickly, but disappointed that despite supporting USB-C, Power Delivery and Thunderbolt 3, the 7391 comes with a proprietary charger.

Speaking of ports, the selection is minimal, but sufficient. You get a microSD card reader (an SD card reader would have been preferable), a 3.5 mm combo audio jack, a USB 3.1 Type-A port for regular USB devices, an HDMI 2.0 output, and a USB-C Thunderbolt 3 port with USB PD and DisplayPort support. For a 13-inch laptop that weighs very little, this is a nice enough selection.

Verdict: A good deal if discounted

This is a decent laptop, but the one niggle here is pricing. This i5 config, which is the one I’d recommend, retails at about 90k. That’s a lot of money considering that Lenovo’s Yoga C640 retails at 80k for the very same specs, and a faster SSD, and possibly a better display. The thermal design of the C640 means that it also outperforms the 7391 by a small margin.