A team led by Delhi University professor SD Biju has found three new species of legless amphibians were discovered from the forests of northeast India, reported the Times of India.

"The new family has been named Chikilidae, consisting of tailless burrowing caecilians, which evolved separately from other caecilian species more than 140 million years ago", the report added. 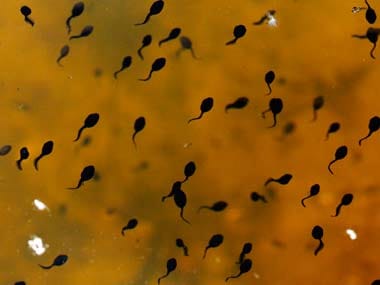 The Chikilidae, derived from the Garo word Chikgil, is the closest linguistic equal to caecilians in the region said indigenous Morung publication, the Morung Express.

"Chikilidae comprises a group of caecilians that are believed to be of ancient lineage (about 140 million years old), with its closest relatives in Africa; and so far known to be restricted to only Northeast India. In addition to the Chikilidae, the team discovered more than 40 new species of amphibians; scientifically described three new species of caecilians, three species of frogs, and one new genus of caecilians (Chikila)".

But this is not Biju's only achivement.

The Times of India said that he has the rare feat of discovering two new families of amphibians - one in 2003 (the famous purple frog) after a gap of 100 years. The three new species discovered belongs to the to the caecilian amphibian family Chikilidae that was described in the year 2012.

The study has been published in the International journal ZOOTAXA.