Elon Musk's Boring Company is currently working on building tunnels to connect New York and Washington DC as part of its Hyperloop projects.

In a tug of war over flying taxis versus Hyperloop transport system, Uber CEO Dara Khosrowshahi and Tesla CEO Elon Musk came out in the open on the micro-blogging site Twitter when the former took a swipe at Tesla over the need to dig tunnels for its Next-Gen mobility dream. 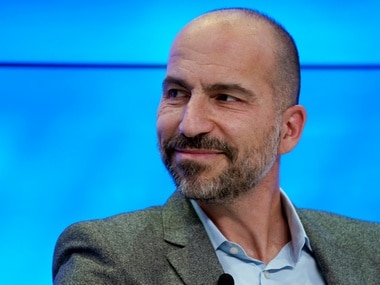 Ride-hailing app Uber has announced that it will start its ambitious flying taxi project in Los Angeles by 2020 to deal with the city's traffic problem. Uber has also signed a Space Act Agreement with NASA to create a new air traffic control system to manage low-flying autonomous aircrafts.

On the other side, Tesla is currently working on building tunnels to connect New York and Washington DC as part of its Hyperloop projects. The debate began when a journalist tweeted on Thursday on behalf of Khosrowshahi who is in New Delhi to attend an event.

"New @Uber CEO @dkhos says why do you need to dig tunnels for @HyperloopOne @hyperlooptt when you can fly? Challenges @elonmusk what do you say to that sir @elonmusk," tweeted Anirban Ghoshal from www.vccircle.com.

Musk replied to him: "If you love drones above your house, you'll really love vast numbers of 'cars' flying over your head that are 1,000 times bigger and noisier and blow away anything that isn't nailed down when they land."

On February 18, the Maharashtra government announced that it has entered into an agreement with Virgin Hyperloop One to construct a hyperloop route connecting Mumbai and Pune by 2025.