The Coolpad Cool Play 6 packs in an astonishing 6 GB RAM and the usual 64 GB storage which is rare in its price range.

After announcing its mid-range smartphone offering at an event in Dubai, Coolpad has finally launched its Cool Play 6 smartphone for the Indian market today. The Coolpad Cool Play 6 has gone on sale on Amazon India and is priced at Rs 14,999, which should compete with similarly priced offerings from Xiaomi, Motorola and Lenovo. 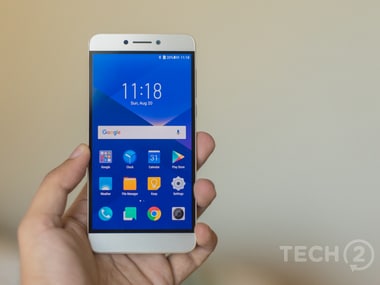 Amazon is even offering the smartphone at Rs 12,800 in exchange for an older device. Buyers can extend the warranty for an additional Rs 649 or include a 1 year accidental and liquid damage protection plan for Rs 1,299.

The Chinese smartphone maker offers a metal body with hardware specifications that are often considered rare in this price range.

The Coolpad Cool Play 6 features a 5.5-inch Full HD IPS Panel with an effective resolution of 1,080 x 1,920 pixels. The phone packs in an astonishing 6 GB RAM and the usual 64 GB storage. Coolpad has added an octa-core Qualcomm Snapdragon 653 SoC clocked at 1.95 GHz along with an Adreno 510 GPU to handle the graphics. Apart from being the only smartphone in its range to feature 6 GB of RAM, the Coolpad brings another handy trick that will leave its competitors in the dust. That would be a dual camera setup with two 13 MP cameras on the back. The handset uses the usual monochrome with RGB sensor setup, which according to the manufacturer delivers better low light performance. The front-facing camera is the usual 8 MP sensor. As for connectivity, we get the usual, dual nano SIM slots with 4G-LTE support, Bluetooth, Wi-Fi, a USB Type-C port and a 3.5mm headphone jack.

A 4,000 mAh battery completes the package and the smartphone runs Android Nougat 7.1.1 out of the box. The handset is expected to receive its Android Oreo 8.0 update by December.

While the Coolpad Cool Play 6 was announced in gold and black finishes, the handset is currently only available in the gold finish on Amazon India.

We had a closer look at the Coolpad Cool Play 6 at the announcement, you can read our first impressions here.

Utopia review: Amazon's remake of the British cult show is an unwanted stand-in for a season 3 of the original