The new Control Center on iOS 11 allows users to toggle the Bluetooth and WiFi functionality on and off, just like it used to but leaves the radios on.

Apple recently released the latest version of its operating system for mobile devices, iOS 11. While everyone's still learning to get around the new design shift, we are also learning of how Apple has tweaked a few things about how things actually function in the new OS. 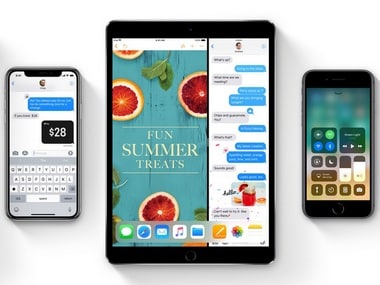 The new Control Center on iOS 11 allows users to toggle the Bluetooth and Wi-Fi functionality on and off, just like it used to earlier. But according to a report by The Verge, Apple does not really turn off the respective Bluetooth and Wi-Fi radios even after the user toggles them off.

The Verge points out that Apple lets you disconnect or connect to a Bluetooth device or to a particular wireless network without turning the respective radio off. The radios are left on in the background to keep out any interference in features like AirDrop, Handoff, geolocation services and communication with a paired Apple Watch.

Security researcher, Andrea Barisani spotted the change and took to Twitter to talk about it. He reveals that though it could be a sly yet smart trick on Apples' part to avoid accidental disconnections, it does leave a loophole for a potential attack. As pointed in the report, battery life and cellular network connections may also take a marginal hit for always leaving the radios on.