Blockchain technology, which first emerged as the architecture underpinning cryptocurrency bitcoin, uses a shared database that updates itself in real-time.

A consortium including energy companies BP and Royal Dutch Shell will develop a blockchain-based digital platform for energy commodities trading expected to start by end-2018, the group said on 6 November. 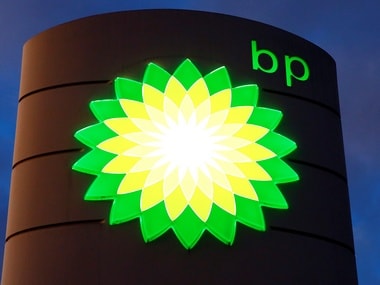 The logo of BP is seen at a petrol station in Kloten. Reuters

Other members of the consortium include Norwegian oil firm Statoil, trading houses Gunvor, Koch Supply & Trading, and Mercuria, and banks ABN Amro, ING and Societe Generale. Blockchain technology, which first emerged as the architecture underpinning cryptocurrency bitcoin, uses a shared database that updates itself in real-time and can process and settle transactions in minutes using computer algorithms, with no need for third-party verification.

Mercuria has been a vocal advocate of implementing blockchain technology to significantly cut costs in oil trading. “Ideally, it would help to eliminate any confusion over ownership of a cargo and potentially help to make managing risk more exact if there are accurate timestamps to each part of the trade,” said Edward Bell, commodities analyst at Dubai-based lender Emirates NBD PJSC.

Similar efforts for an energy trading platform have failed to take off, Bell said, but added this latest bid with backing from BP and Shell and the banks, “may have more success than if it were an independent party trying to convince oil and gas companies to make use of it.”

The new venture is seeking regulatory approvals and would be run as an independent entity, the consortium said in a statement. “The platform aims to reduce administrative operational risks and costs of physical energy trading, and improve the reliability and efficiency of back-end trading operations...,” the statement said.