By Chris Kirkham (Reuters) - More than 100 public health and anti-tobacco organizations are calling on Facebook Inc, Instagram, Twitter and Snap Inc to take "swift action" to curb advertising of tobacco products on their platforms. The organizations' letter to the firms cited a recent Reuters report https://www.reuters.com/article/us-philipmorris-ecigs-instagram-exclusiv/exclusive-philip-morris-suspends-social-media-campaign-after-reuters-exposes-young-influencers-idUSKCN1SH02K documenting how cigarette maker Philip Morris International Inc has used young personalities on Instagram to sell a new "heated tobacco" product called IQOS. The groups said social media firms are not doing enough to regulate "influencers" on their platforms who are hired by companies to promote nicotine products. 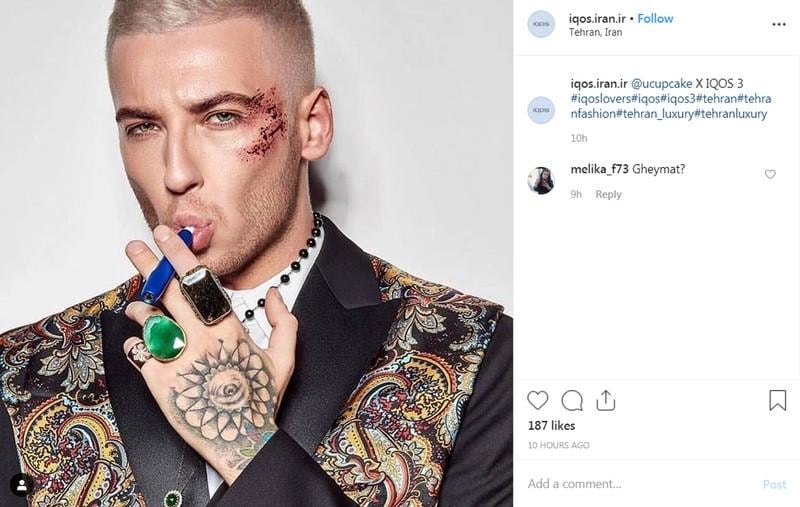 (Reuters) - More than 100 public health and anti-tobacco organizations are calling on Facebook Inc, Instagram, Twitter and Snap Inc to take "swift action" to curb advertising of tobacco products on their platforms.

The groups said social media firms are not doing enough to regulate "influencers" on their platforms who are hired by companies to promote nicotine products.

No law specifically prevents online tobacco or e-cigarette marketing, but social media firms have policies limiting it. The health groups said in their letter that the use of online personalities creates a "loophole" in those policies and allows "rampant marketing" of tobacco and other nicotine products to youth.

Instagram and its parent company, Facebook, are studying the issue "to understand how we can improve," said spokeswoman Stephanie Otway.

The platforms currently ban brand advertising of tobacco products, Otway said. Their policies require any sponsored "influencer" posts that explicitly recommended buying tobacco products be restricted only to people over 18.

But the same restriction would not apply to posts by paid influencers that depict tobacco products favorably without explicitly saying that people should buy them, Otway said.

In making policy for a billion users, the company has to draw lines between advertising, promotional posts and "someone having an opinion," Otway said.

Twitter spokeswoman Elizabeth Luke said the company prohibits “the promotion of tobacco products, accessories and brands worldwide” but declined to comment on whether that includes influencers paid to feature tobacco products on their accounts.

A Reuters review of Twitter policies shows that its tobacco promotion ban does not include such marketing posts by individuals.

Reuters identified several Twitter posts over the last two years from influencers who posted photographs with IQOS devices or linked back to Instagram accounts promoting the product. Twitter did not comment on the posts identified by Reuters.

Snap Inc did not respond to requests for comment.

The more than 100 organizations from 48 countries that signed the letter https://www.tobaccofreekids.org/assets/content/press_office/2019/2019_05_21_socialmarketing.pdf, which was sent to the companies Friday and publicly released Wednesday, included the Campaign for Tobacco-Free Kids, the Japan Society for Tobacco Control and the American Academy of Pediatrics.

Reuters earlier this month documented how Philip Morris had used young social media influencers, including a 21-year-old woman in Russia, to promote its IQOS device. The company's internal marketing standards prohibit it from using youth-oriented celebrities or "models who are or appear to be under the age of 25."

All of the posts referenced in the Reuters report remained online as of Tuesday evening. In addition, Reuters has identified new examples of Instagram content featuring young people with the IQOS posted in the days since Philip Morris said it had suspended its influencer campaigns.

Other posts emerged over the last week from a photographer who documented an IQOS-sponsored VIP lounge at an April music festival in Colombia.

Philip Morris spokesman Ryan Sparrow said the firm had "directed that there should be no new posts" by influencers. Sparrow did not respond to questions about whether the company had stopped paying influencers or attempted to remove existing posts.

Sparrow said some of the new posts "seem to originate from third parties, not PMI, and in countries where we do not sell IQOS," noting Eqypt and Iran.

Sparrow defended the suspended marketing campaign as a vital way to inform adult cigarette smokers about safer options. He blasted the Campaign for Tobacco-Free Kids for "trying to pressure us ... to effectively block these channels" and "in effect perpetuating the consumption of tobacco in its most harmful form: combustible cigarettes."

Caroline Renzulli, a spokeswoman for the anti-tobacco campaign, called it "laughable" that Philip Morris used social media to market to adults.

Philip Morris International has licensed Altria Group Inc to market the IQOS device in the United States beginning this summer.

Altria, which sells Marlboro cigarettes in the United States, has previously said it has a policy of not advertising on social media. However, an online job posting from the company in March seeks a "digital marketing specialist" for the "IQOS brand team." The ideal candidate will develop marketing strategy for "e-commerce, owned websites, social media and influencers."

Altria spokesman David Sutton said the company has no plans to use social media influencers to market IQOS but did not respond to questions about the job posting mentioning an influencer strategy.

The U.S. Food and Drug Administration (FDA) last month decided to allow U.S. sales of the IQOS device after a two-year review process in which Philip Morris repeatedly assured the regulator that it would warn young people away from the product.

Digital advertising of tobacco products remains a gray area for regulators globally. Tobacco advertising regulations in the United States and elsewhere were written before the rise of social media marketing.

The FDA, however, can exert authority over the digital marketing of new devices it clears for sale. As a condition of allowing Philip Morris to sell the IQOS device, the agency requires the company to provide detailed analyses of the age ranges of consumers it reaches with online marketing.

Philip Morris, through Altria, is also required to submit information on any new U.S. advertising campaigns to the FDA at least 30 days before it plans to launch them.

A global treaty governing tobacco regulations, under the umbrella of the World Health Organization, urges countries worldwide to entirely ban tobacco advertising. A 2018 WHO report about tobacco promotion in entertainment and social media channels acknowledged the challenges of regulating it.

The ability to share posts, it found, has "has blurred the lines between consumer and brand owner."