The AI-generated “Portrait of Edmond Belamy” depicts a slightly blurry chubby man in a dark frock-coat.

Christie’s, the auction house that has sold paintings by Picasso and Monet at record prices, was poised on Tuesday to set another milestone with the first-ever auction of art created by artificial intelligence.

While the auction of machine-designed art is a first, some see the sale as yet another work of portraiture on the Christie’s auction block.

“It may not have been painted by a man in a powdered wig, but it is exactly the kind of artwork we have been selling for 250 years,” said Christie’s sale organizer Richard Lloyd in a statement. 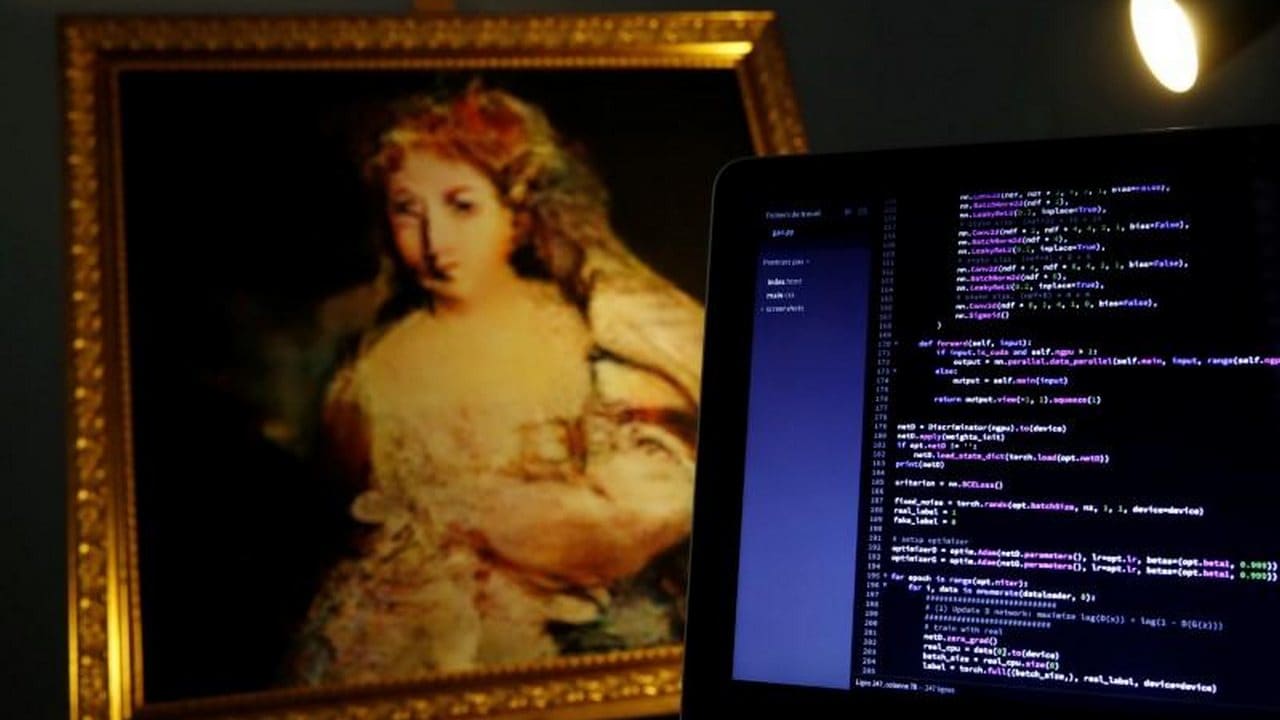 The artwork "La Comtesse de Belamy" (2018) by team of French entrepreneurs Obvious, a piece created by the Generative Adversarial Network (GAN), an algorithm that learns to generate new images by being fed a database of existing paintings. Reuters

The portrait offered by Christie’s for sale in New York from 23 to 25 Oct. was created with AI programmed by the Paris-based collective Obvious, whose members include Hugo Caselles-Dupré, Pierre Fautrel and Gauthier Vernier. The work is estimated to fetch $7,000 to $10,000, according to the auction house.

The artwork was produced as an experiment “in the interface between art and artificial intelligence,” Christie’s said on its website. It was among several portraits produced by AI, all of them arranged in a fictitious Belamy family tree, including Baron de Belamy in a military sash and a countess in pink silks.

The AI method is called ‘generative adversarial network’ or GAN, and involves a two-part algorithm. Caselles-Dupré, quoted on the website, said the two parts are the Generator and the Discriminator.

First, a set of 15,0000 portraits painted between the 14th and 20th Centuries was fed into a computer. Then the Generator made a new image based on that set, and the Discriminator tried to spot the difference between a human-made image and one created by the Generator.

“The aim is to fool the Discriminator into thinking that the new images are real-life portraits,” Caselles-Dupré said.