LONDON (Reuters) - U.S. and European chipmakers fell sharply on Monday amid worries the Huawei Technologies suppliers may suspend shipments to the Chinese firm due to a U.S 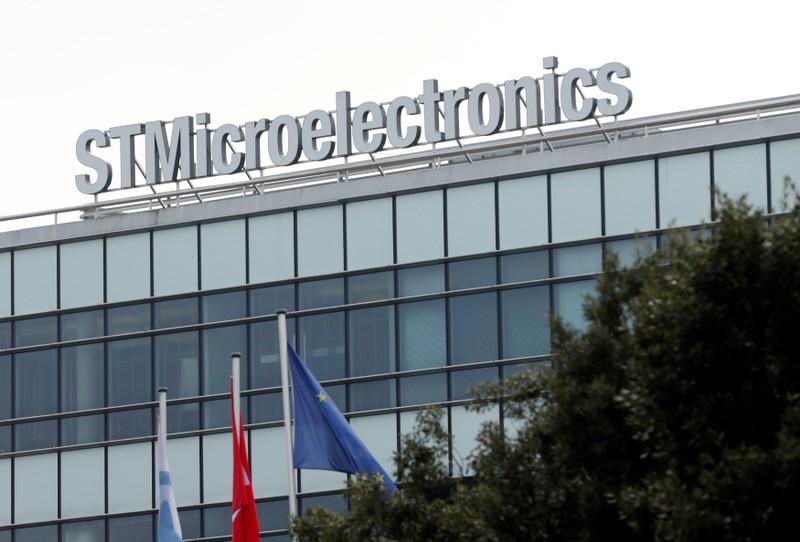 LONDON (Reuters) - U.S. and European chipmakers fell sharply on Monday amid worries the Huawei Technologies suppliers may suspend shipments to the Chinese firm due to a U.S. crackdown.

The selling came after Nikkei Asian Review reported that Infineon had halted shipments to Huawei after Washington added the world's No. 2 smartphone maker to a trade blacklist last week, imposing restrictions that will make it difficult to do business with U.S. companies.

Reuters reported that Alphabet Inc's Google had suspended some business with Huawei and Lumentum Holdings Inc, seen as a major supplier of Apple Inc's face ID technology, said it had discontinued all shipments to Huawei.

European chipmaker STMicroelectronics fell 8% to the bottom of Paris' CAC 40, while Infineon Technologies dropped 4.5% on Frankfurt's DAX 30. AMS was down 11.5% at 1240 GMT.

The Nikkei report also said STMicro was set to have meetings this week to discuss whether to continue shipping to Huawei.

Even if companies can continue to sell components without being subject to U.S. restrictions, any disruption to Huawei's operations will have a knock-on effect on its suppliers, said Liberum analyst Janardan Menon.

"In coming months it can broadly be assumed that the Huawei portion of their (European chip suppliers') business will see quite a bit of weakness, if the U.S. government does not change its mind," he said.

The impact will not be uniform because the companies have different levels of exposure.

The selling was particularly amplified as investors exited bullish positions built up in the trade-sensitive sector in recent months as worries about the U.S.-China trade spat eased and companies forecast a recovery in smartphone demand in the second half of the year.

"With all of the semis commentary geared into a second-half recovery, a sizeable customer having supply issues could push that guidance out," said a trader.

AMS has almost doubled in value this year, while STM has risen almost 20%, outperforming the pan-European STOXX 600 index.