Believing that long-term space exploration will require such experiments, a team of Chinese scientists are planning to send macaque monkeys to the Tiangong Space Station and study how the reproduce.

Science fiction first told us that we as humans would start colonising and settling in space, either on some space stations or on planets that can support life as we know it. Soon, scientists started telling us the same.

Believing that one day, all nations will have worked out some sort of a plan for long-term settlement beyond outer space, a team of scientists in China are conducting an experiment with monkeys to see if and how they reproduce in space. 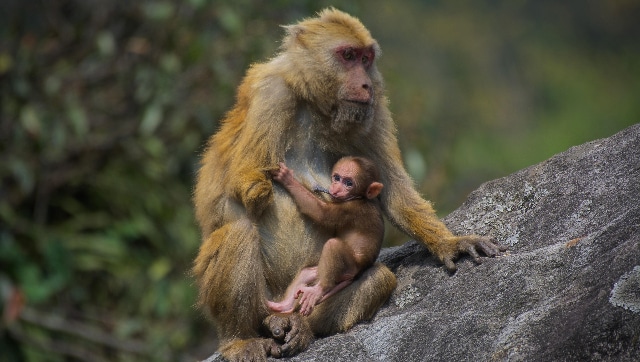 As per a South China Morning Post report, a team of scientists are planning to send a group of monkeys to the Tiangong space station, which was completed just last week. The experiment is to see how the monkeys reproduce in a zero-gravity environment, and whether or not they are naturally able to do so.

The experiment, according to reports, will be conducted in the Tiangong space station’s largest module, which is mainly used for experiments in life sciences. The study is being led by a scientist name Zhang Lu,

Speaking to the Chinese daily, Dr. Lu stated that after studying smaller creatures like fish and snails, “some studies involving mice and macaques (monkeys) will now be carried out to see how they grow or even reproduce in space”. He believes that these experiments will help improve understanding of an organism’s adaption to microgravity and other space environments. Experts, who are baffled by the news of the experiment, have pointed out that there are still a number of difficulties involved in doing such studies on complex living forms like rats and primates. They noted that Soviet researchers during the Cold War era managed to get a few mice to overcome the physical challenges and engage in intercourse during an 18-day space flight.

However, none of the Soviet test subjects showed any signs of pregnancy and neither did any of them gave birth after returning to the Earth.

Kehkooi Kee, a professor at the school of medicine at Tsinghua University, said, that the challenges of a life sciences experiment in space increased exponentially with the size of the animals used. “The astronauts will need to feed them and deal with the waste,” he added, as per the outlet.

Researchers also noted that some previous ground experiments suggested that the absence of gravity could damage testicles and some other reproductive organs, leading to a significant decline in the sex hormone of test animals.

However, Dr. Kee also went on to say that as larger animals, especially monkeys, shared more similarities with humans and as more nations are planning for long-term settlement in orbit around the Moon or Mars, “these experiments will be necessary.”