China's JD.com partners with e-commerce firm Qihoo in a bid to boost sales 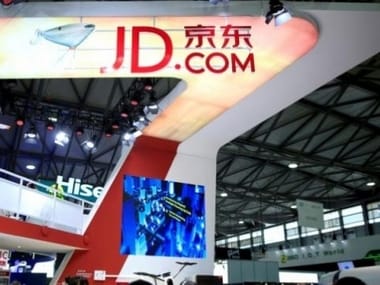 JD said it will share data with Qihoo 360 in a similar vein to partnerships with Tencent Holding Ltd, Baidu Inc and news feed app Toutiao, as it broadens sales channels to compete with Alibaba Group Holding Ltd.

Unlike its bigger rival, JD has invested heavily in storage and logistics leaving it struggling for profitability, adding importance to original means of winning customers.

JD partnered social media giant Tencent three years ago and revealed at the end of 2016 that success of the partnership in drawing users spurred later deals, such as with search engine provider Baidu earlier this month. Accelerating revenue growth has pushed its shares up 66 percent this year.

On a quarterly basis, 25 to 35 percent of new users come from its Tencent partnership, JD said this month - a number that rises to about 50 percent during the annual "Singles' Day" sale.

JD said the latest deal will see goods from its e-commerce site advertised on Qihoo apps, and allow users to make purchases without leaving the apps. The arrangement is similar to previous deals where users can purchase goods through Tencent's WeChat app and Baidu's search, forum and mapping apps.

Qihoo did not respond to a Reuters request for comment.

One app fits all

"Chinese users don't really like to go to different apps. They like to stay in one place to do everything," said Paul Yan, who oversees JD's digital advertising and marketing business.

WeChat, for instance, unlike Western counterparts such as Facebook Inc's WhatsApp, has its own ecosystem of internal mini-apps, including taxi booking, online shopping and payment system that is almost universally accepted in Chinese cities.

"Western users are accustomed going to different sites for different services," Yan said. "Chinese users, they pick one place they trust and they want to do everything there."

Reflecting the trend, over a third of WeChat users were active for over four hours a day in 2016, Tencent data showed, while Toutiao said the average user spent 76 minutes in its app. By comparison, Facebook has said its users spend 50 minutes on its site and messaging apps.