The aircraft, powered by four domestically-built turboprop engines, has a 39.6-metre-long fuselage and a 38.8-metre wingspan. 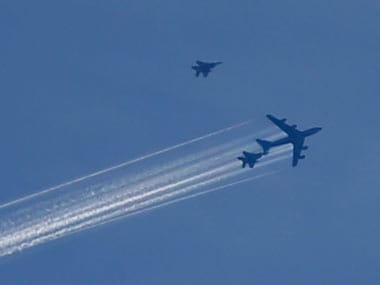 At 9.39 am, the aircraft, code named "Kunlong", successfully soared into the sky from the Jinwan Civil Aviation Airport in the city of Zhuhai. The flight lasted about one hour, reports Xinhua news agency.

The aircraft, powered by four domestically-built turboprop engines, has a 39.6-metre-long fuselage and a 38.8-metre wingspan, said its developer, the state-owned Aviation Industry Corporation of China (AVIC).

According to the AVIC source, the amphibious aircraft, with a maximum take-off weight of 53.5 tonnes and a top cruising speed of 500 km per hour, can fly for 12 hours at a time.

It is believed to be the world's largest amphibious aircraft.