The day is celebrated on Jawaharlal Nehru's birthday to commemorate his love and devotion to children, their education and development.

Today's Google Doodle celebrated the innocence and creativity of kids on Children's Day, which is observed every year on 14 November in India.

The winning doodle this year is titled 'The Walking Tree', stemming from the mind of Divyanshi Singhal. She would like trees to walk or fly away so that the land can be cleared out without having to cut down and kill trees. On asked about the inspiration behind her doodle, the seven-year-old said, "When I visited my grandmother, I was so sad to see the trees around her house being cut. So I thought that if trees could walk or fly, we will not have to cut them."

Around 1.1 lakh children from all corners of India, ranging from classes 1 to 10, sent in their submissions to the theme ‘When I grow up, I hope...'. Twenty doodles were chosen from the submissions, and opened up to a public vote to pick a winner. In addition to Singhal's doodle, five groups winners were also selected.

Every year on this day, India pays tribute to her first prime minister Pandit Jawaharlal Nehru by celebrating his birth anniversary as Children’s Day. Everyone reminisces him for his contribution towards building the nation and for his love for kids. It was also because of his extra warmth towards kids that people fondly remember him as 'Chacha Nehru'. 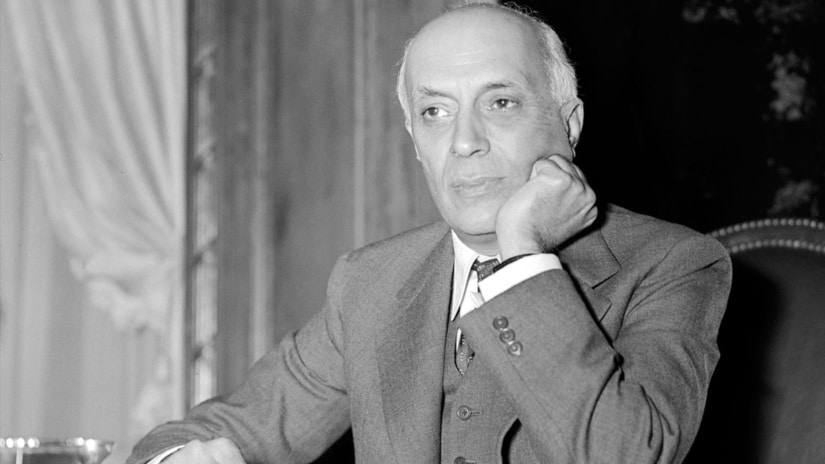 Nehru viewed film as a tool for the education and development of the country’s identity. Agence France-Presse

Before 1964, India celebrated Children's Day on 20 November, which is observed as the Universal Children's Day by the United Nations. But after his demise in 1964, it was unanimously decided to commemorate him on 'Bal Diwas' due to his love and affection towards children. The United Nations however still celebrates Universal Children’s Day, on 20 November worldwide each year to promote peace, togetherness, and awareness among kids.

Apart from his role as a freedom fighter and politician, Nehru left behind a legacy of education and development for children in the country.

1 February: Historical events that took place on this day

EU urges Israel to only use lethal force as 'last resort'