The cornerstone of the government's plans is a commitment to make India’s electric vehicle mission 2030 a success. This is a very ambitious undertaking

Electric Vehicles has taken centre-stage post the recent announcement of the Government to make India an all-electric passenger vehicle market by 2030. Union Minister Nitin Gadkari recently made a bold statement to the Society of Indian Automobile Manufacturers, citing “Be under no illusion about the Indian government's determination to make the switch to alternative vehicle fuels, "I am going to do this, whether you like it or not. And I am not going to ask you. I will bulldoze it". 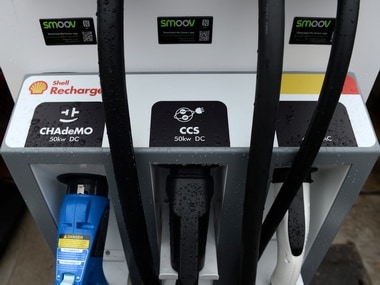 Electrical Vehicles: Mirage or Reality
The cornerstone of the government's plans is a commitment to make India’s electric vehicle mission 2030 a success. This is a very ambitious undertaking. Of the circa 200 million vehicles which currently ply India's roads, less than one percent is electric. And this internal combustion engine-powered fleet is growing rapidly, currently at a rate of nearly 50,000 new motor vehicle registrations per day — which includes commercial vehicles, the ubiquitous three-wheelers or auto rickshaws, buses and taxis, as well as private scooters and cars.

“The level of growth means India’s plan to only sell electric cars by 2030, would require nearly eight times the global stock of such vehicles," according to blogger Elizabeth Mathew, writing on Plug-in India; an excellent and enthusiastic proponent of India's push for electric vehicles (EVs). By 2040 it is estimated that India could be home to 31 million EVs.

There is no plan for the government to develop nationwide charging infrastructure. Instead, the government hopes that by promoting the uptake of electric vehicles, it will create the ecosystem by which charging networks will become a necessity, and therefore present opportunities for commercial operators, including the power distribution companies (discoms).

Current Scenario in India’s EV Infrastructure
We are already seeing a divergence of business models for operators of charging infrastructure aimed at the users of private EVs.

Free EV charging points
To attract customers to some of its malls, property developer and real estate company DLF offers free EV charging at some locations. Similarly, EV manufacturer Mahindra Reva has an agreement with the Gopalan chain of malls to set-up free charging points at its retail centres. An electric car is seen while being charged during the opening of a PTT Pcl energy firm's commercial EV (Electric Vehicle) charging station, in Bangkok, Thailand, August 15, 2016. REUTERS/Jorge Silva/File

Reassess EV charging network
Discom Maharashtra Power Company is looking to use its substations in prime Mumbai and Pune locations as EV charging station sites. In a sign of the challenges, the commercial market presents high costs led discom Bangalore Electricity Supply Co to reassess plans to set-up a smart grid to provide an EV charging network in the city.

Community charging stations
An organic initiative intended to proliferate charging stations beyond city limits – thus contributing to the ecosystem that will allow EV use in India to flourish. Most businesses are connected to the grid and 15 Amp level 2 sockets are common in India. The idea is for businesses and organisations located between 40-70 km around cities to set-up 15 Amp charging stations. The intention is to allow urban EV owners to extend the range of their journeys by offering out-of-town charging. There are currently 222 community charging stations, some offering free charging as an incentive to attract visitors – at resorts and malls for instance – others operate on a commercial basis with customers paying to charge their vehicles. The 15 Amp stations offer slower charging times than the 3 - DC systems set-up by discoms, or offered at most city-centre charging stations.

Investments by Large Fleet Operators
Another area of growth in India's EV infrastructure is investment in charging stations by operators of large fleets, many of which are already switching to EVs. Typically, such stations are at main hubs such as bus depots or taxi companies' main offices or ranks. Taxi aggregator Ola, which operates an EV fleet in Nagpur has set-up 50 charging points across four strategic locations in the city.

Battery Swapping
The nascent concept of battery swapping is an area in which India's EV infrastructure trends differ from those of more affluent nations. The battery is among the most expensive elements of any electric vehicle, with the cost increasing significantly as storage capacity grows. Affordability means that two and three-wheeled vehicles account for 80 percent of India's domestic vehicle sales. To ensure electrification of this vital fleet does not make two and three-wheeled vehicles prohibitively expensive, the government is seeking to encourage the sale of vehicles with smaller, and cheaper, batteries; while ensuring users have sufficient range by allowing them to swap low batteries for fully charged ones en-route. The network of battery swapping stations, like those for EV charging stations, is anticipated to develop a number of business models.

India’s approach to the Alternate Vehicle Fuels market
The government is using its own, highly significant procurement power, apart from providing vision, policy framework and financial stimulus to advance India's use of electric vehicles. The centre has signaled the intention to buy 10,000 EVs for its fleet. The first phase will be 1,000 EVs for use of government departments in Delhi and the National Capital Region (NCR).

In tandem with this Energy Efficiency Services Limited (EESL) is planning tenders for nearly 4,000 EV charging stations in the NCR. Established under the Ministry of Power, EESL is a joint venture of NTPC Limited, Power Finance Corporation, Rural Electrification Corporation, and POWERGRID.

Whether operating on a commercial business model, charging a bus fleet, or ministerial cars, EV charging stations and networks demand a reliable power supply. Without this, they will fail. Although Central Electricity Authority data from 2016 showed India to have a power surplus for the first time, load shedding and power outages remain common, with some parts of India having access to power for less than eight hours a day. As a result, it is anticipated that much EV charging infrastructure, especially that not operated by discoms, will require supplementary or alternative energy sources.

As the government is also keen to see an uptake in renewable energy sources it is widely expected that solar energy – especially roof-top solar will play a significant role in powering charging sites. As EV evangelist Professor Ashok Jhunjhunwala told delegates at the 2017 Connected Vehicles conference, "Solar panels covering 0.5 percent of Rajasthan can generate power for 330 million EVs … We don't have oil, sunlight we have." The ability to generate, manage and store power – from both renewable and grid sources — make microgrids a likely element of much EV charging infrastructure.

Ensuring the right delivery partner is central to success, so here are five things to consider when planning your project:
• Business model: Choose a partner with experience of delivering EV charging programmes for all business models. They will be best placed to understand what is required to meet your specific goals.
• User: Virtually every aspect of mass transit charging infrastructure will differ from that for private EV owners. Be sure your partner has experience in creating both – so can draw upon best practice from a variety of sources.
• Type: Not only will the charging technology differ across types of stations. Planning, permitting, design and construction needs will also vary. You need a partner who can demonstrate experience in every aspect of the project.
• Power source: EV projects stand or fall on the reliability of the power supply. So you need to choose a partner with considerable expertise in both power generation and power supply projects – from both grid and renewable sources – and the proven ability to integrate them into an EV charging station.
• Finally, the best partner will be one with experience in every aspect of an EV charging programmes lifecycle: from concept through to asset management. This will be the partner best able to deliver maximum value from every aspect of your programme.