Chess board makers Square Off introduced the world's first rollable chess computer and two new flagship chess boards at CES 2021. The rollable chess computer will be highly portable and connected globally as well. In a company release, the firm said that the new rollable computer will give players the chance to battle it out with the in-built AI opponent or anyone from around the world. Potential buyers can look forward to the device launching tentatively in March 2021. Other than the novel rollable device, Square Off also launched two new chess boards, namely the Square Off Neo and Square Off Swap.

While the Neo is lighter, faster and more affordable, Swap is being touted as a first-of-its-kind multi-board game automated device which lets users play several games with the same platform. This means, apart from chess, players will be able to enjoy draughts, Halma and Connect 4, all on the single surface. The company also said that the two chess boards have raised over USD 10,00,000 from nearly 6,000 backers on various global crowdfunding platforms. Both these products are likely to be out in the market by the end of this year. 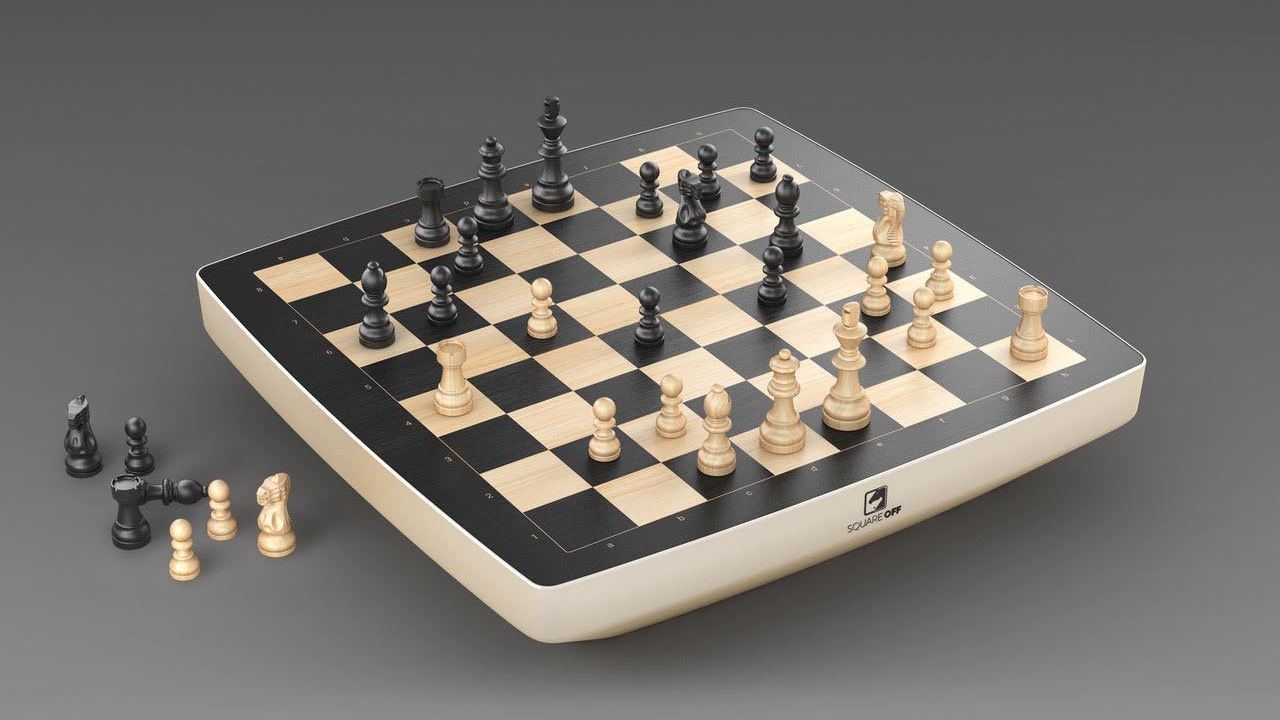 Square Off Neo chess board. Image: Square Off

Square Off co-founder and CEO Bhavya Gohil said, “Square Off is all set to revolutionise board gaming across the globe and 2021 looks very exciting. We are working round the clock to deliver Neo and Swap to our backers at the earliest”. He added that the portable and globally connected rollable chess computer would “revive how chess is played.”

Atur Mehta, the CTO of the firm, said with the integration of Lichess with Square Off, gamers will now have access to over 70 million players across the globe.

Using the properties of telerobotics, the company manufactures automated chess boards where players can play chess on their own boards but with anyone around the world. There is also the option of laying against the AI opponent and the chess pieces move on their own accord following computerized instructions.