The ultra-slim ThinkPad is merely 11 mm thin and sports a 13.5-inch low power display with a 3:2 aspect ratio. 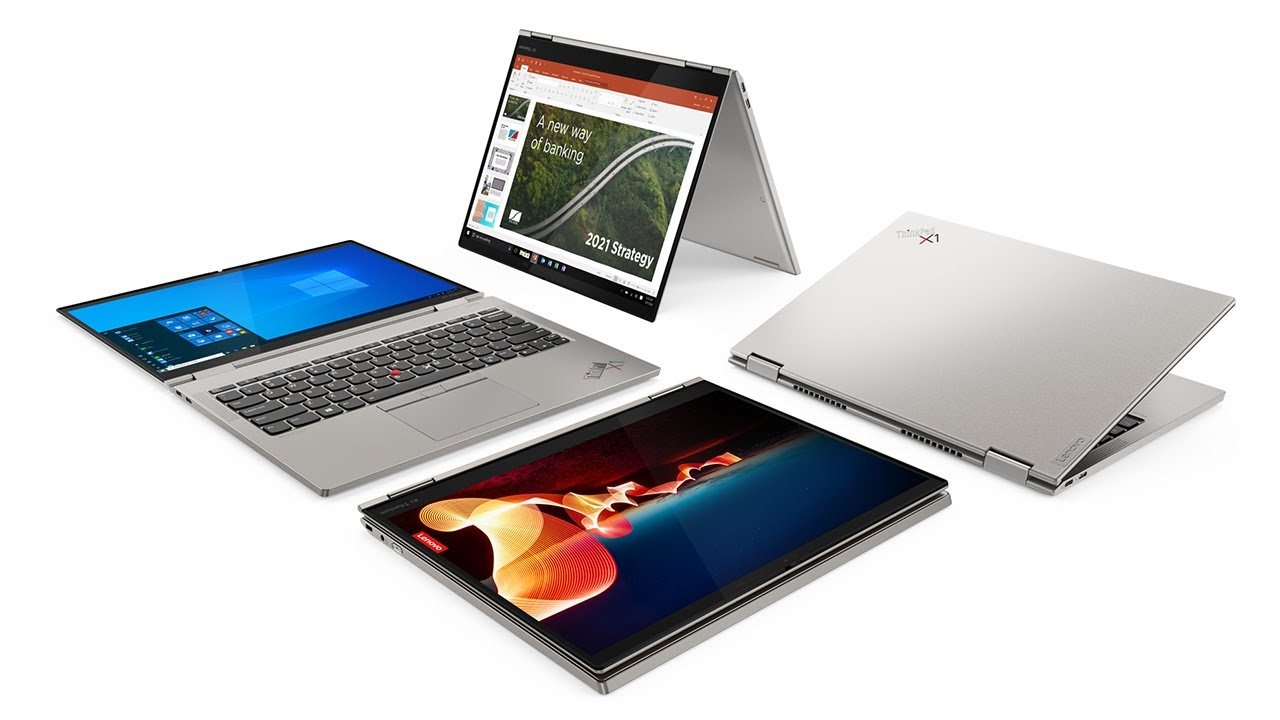 The ultra-slim ThinkPad is merely 11 mm thin and sports a 13.5-inch low power display with a 3:2 aspect ratio. The laptop comes along with Dolby Vision HDR support and Dolby Atmos Speaker system. The device is powered by an 11th-generation Intel Core processor up to Core i7 vPro.

ThinkPad X1 Titanium Yoga will be available for order in the United States later in January 2021 with starting price of $1,899.

The all-new Lenovo ThinkPad X12 Detachable offers the features of a high-performance laptop with the flexibility of a 12.3-inch detachable tablet. The display of the gadget is protected by Corning Gorilla Glass. The screen supports input from the optional Lenovo Precision Pen or Lenovo Digital Pen and the backlit folio keyboard seamless transition between modes.

The Lenovo ThinkPad X12 Detachable will also be available in the US later this month. Prices are expected to start from $1,149.

Lenovo has redesigned ThinkPad X1 Carbon Gen 9 and X1 Yoga Gen 6 and they now come with an all-new 16:10 aspect ratio display with low blue light feature. There is fingerprint reader on the power button and the new ComputerVision Experience (CVx) support by human presence detection sensor that enhances security and makes the devices easy to use.

Both the laptops have Dolby Vision and Dolby Atmos Speaker System. The devices will be available for sale in the US from February 2021. The ThinkPad X1 Carbon is expected to be available at starting price from $1,429, while the price of ThinkPad X1 Yoga will start from $1,569.

Lenovo has also announced ThinkPad Thunderbolt 4 and USB-C Universal and Smart Docks. The new docks allow silent detection, download and install of firmware updates. The Smart Docks, on the other hand, are powered by Microsoft Azure Sphere.