Acer announced updates to several gaming notebooks in its portfolio, including the Predator Triton 300 SE, Predator Helios 300 and Acer Nitro 5.

Acer has modernised several of its gaming notebooks to include the new 11th Gen Intel Core H35-series Special Edition processors for ultraportable gaming and NVIDIA GeForce RTX 30 series Laptop GPUs. Acer announced updates to several gaming notebooks in its portfolio, including the Predator Triton 300 SE, Predator Helios 300 and Acer Nitro 5. According to a statement by the company, the Predator Triton 300 SE and Acer Nitro 5 notebooks have been updated to include new 11th Gen Intel Core H35-series processors for ultraportable gaming. 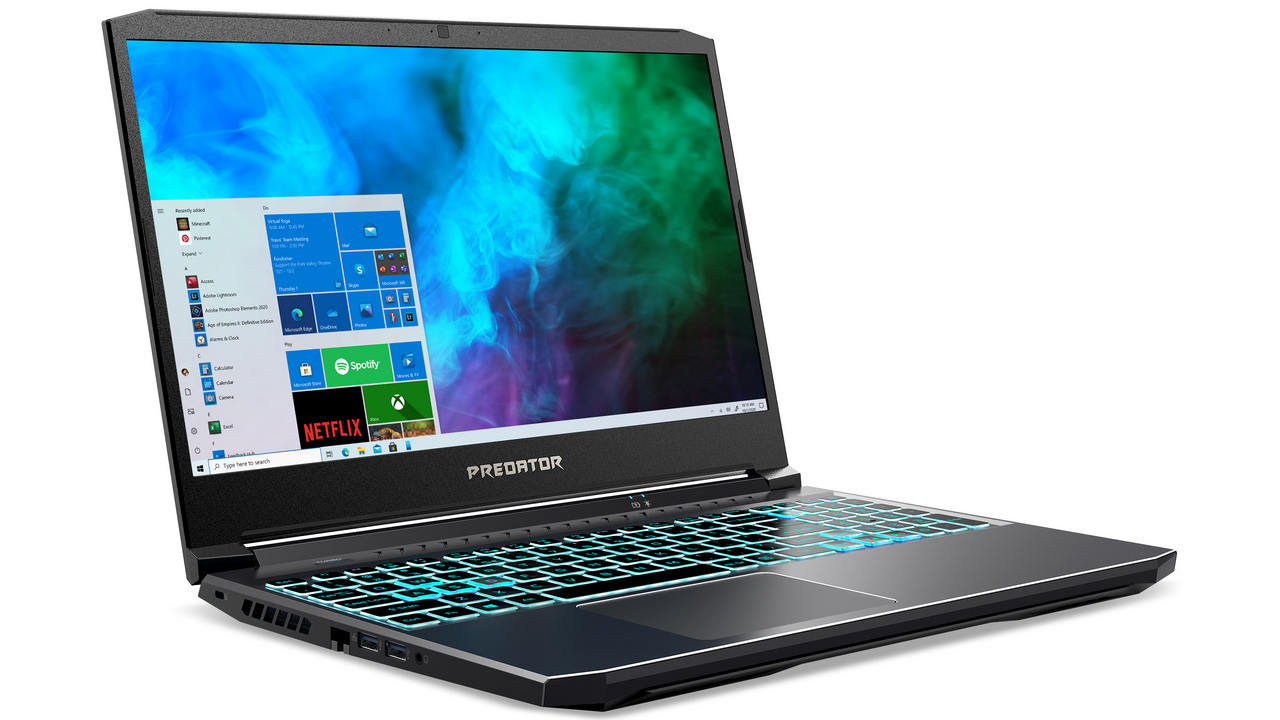 On the other hand, the Predator Triton 300 SE and Predator Helios 300 have been refreshed with NVIDIA GeForce RTX 30 Series Laptop GPUs. Furthermore, increased display refresh rates and better cooling technology across the board have also been included.

As per the company, the NVIDIA GeForce RTX 30 Series Laptop GPUs increase energy efficiency by up to 2x and manage to better performance as well as introduce third-generation Max-Q technologies for thin and lightweight designs of laptops.

The portable 1.7 kg notebook features up to the 11th Gen Intel Core i7 H35-series Special Edition processor that reaches up to 5 GHz[i] for fast performance and NVIDIA GeForce RTX 30601 Laptop GPUs into its metal chassis.

Furthermore, it also has a dual-fan cooling system that includes the latest 5th Gen AeroBlade Fan and Acer’s Vortex Flow technology to keep temperatures in check during heavy gaming sessions.

Acer’s Vortex Flow is a design concept that serves to create an aerodynamic flow inside the chassis that enhance cooling on the CPU, GPU and other critical components.

The Predator Triton 300 SE’s 14-inch FHD display boasts a 144 Hz refresh rate and is surrounded by three thin bezels. It also has a wide range of ports, including Thunderbolt 4, USB 3.2 Gen 2 and HDMI.

The Predator Helios 300 (PH315-53) includes the latest NVIDIA GeForce RTX 3080 Laptop GPU and up to 32 GB of DDR41 memory to give gamers all the performance they need. The notebook is supported by two fans, including one of Acer’s custom-engineered AeroBlade 3D Fans and Acer’s CoolBoost technology.

The Nitro 5 has the 11th Gen Intel Core H35-series processors, NVIDIA GeForce GTX GPUs and up to 32 GB of DDR4 RAM. It also has a built-in NitroSense app to give users a convenient means to check system temperatures, adjust fan speeds and more. The notebook has a cleaner chassis and narrower bezels that allow for an 80 percent screen-to-body ratio. The device’s screen offers blur-free gameplay with its 144 Hz refresh rate and 3 ms4 response time, and its 300-nit1 panel brings games to life with colors that pop.

The notebook has a USB Type-C Thunderbolt 4 support and Intel Wi-Fi 6 (Gig+)1 to ensure speedy connections. The keyboard has 4-zone RGB, letting users spice things up to suit their preferences.