CES 2020: Ao Air's savvy Atmōs air purifier promises a bubble of clean air on the move at $350 a pop

Unlike traditional masks, Ao Air's mask is designed to rest on your nose, allowing others to see your face and smile.

On 7 January at CES, an innovative, fashionable and intelligent personal air purifier was unveiled by Aō Air. The futuristic-looking air purification mask, called Atmos Facewear, spare its users the risk of breathing in harmful air pollutants in their immediate environment. The CEO of Ao Air claimed it provides fifty times better air quality than leading face masks in the market today.

With an aptly-timed debut at CES, Ao’s Atmos Faceware is positioning itself as a tech fix for the increasingly common nuisance of living in a polluted city. The marker for purifiers is only projected to increase till any rapid, global action is taken to prevent the world from literally (with more wildfires) and figuratively (with global warming) going up in flames. 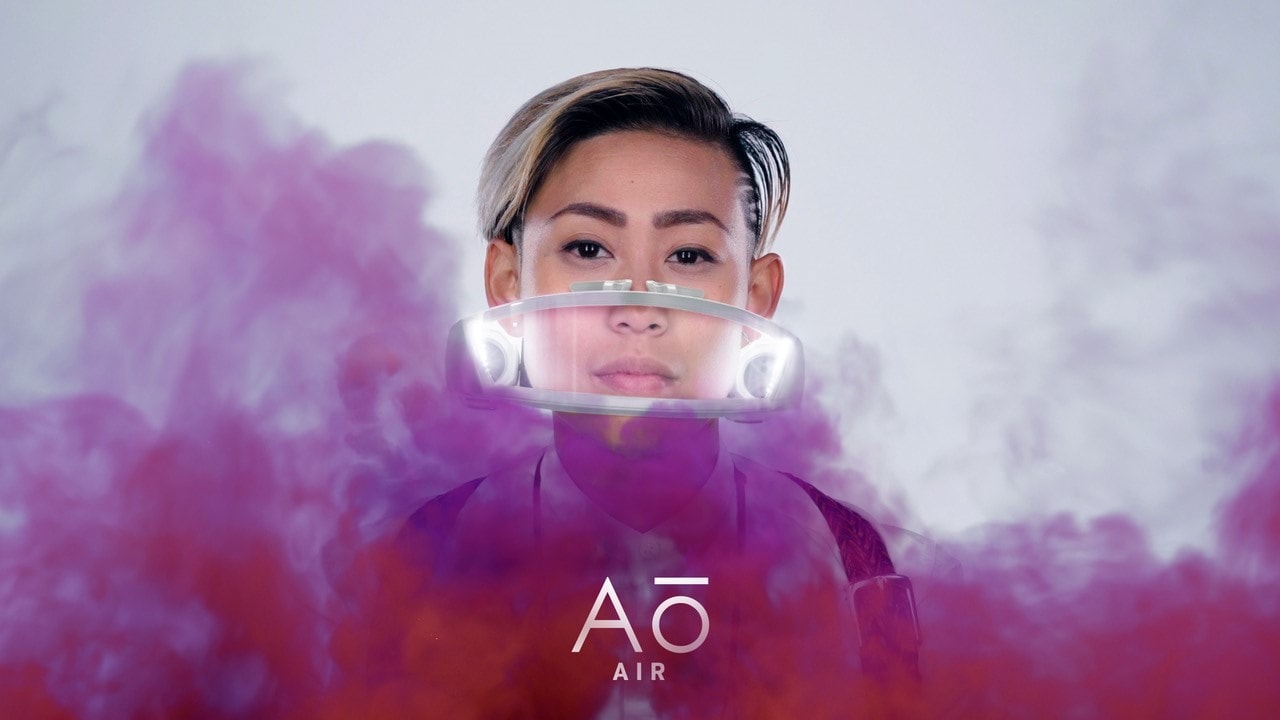 Atmos Facewear is placed at $350 a mask including a set of three extra filters. It is well beyond the price range of people who are most vulnerable to the perils of air pollution. But the gadget seems poised for the middle-income city dweller. The gadget is unique in not having a tight seal around the mouth and nose like many others (including disposables) do. It has a filtration system that creates a bubble of clean air for each breath by using physics to create a positive pressure environment that repels all major particulate pollutants.

Breathing in air with pollutants from fires and fumes can be very detrimental to health. Asthma attacks, respiratory conditions and infections, higher risk for stroke, higher heart disease risk, cancer and developmental issues in children are some of the many risks that have been associated with persistent levels of particulate matter pollution (specifically, levels of PM2.5).

Wearing the mask is also being positioned as a design/fashion choice on top of health alone.

"Our transparent design rests on the bridge of your nose, allowing others to see your face including your smile," Ao Air said in a press release.

Mikal Peveto, Head of Aō Air's US operations, told Engadget that low-tech masks can be a normal part of life in some Asian cities, particularly those like Beijing and New Delhi with persistent air pollution and air quality problems year-round. He's optimistic that people would be receptive to the size of the device, which Ao plans to reduce considerably with innovation and time on their hands.

With tens of thousands of people enduring bushfires-gone-wild in Australia, and California’s wildfire seasons year, people are having to contend with not just flames, but tiny, harmful particles in the dangerous smoke that travel far and wide to find their way into people's lungs. Atmos could be the start of something pretty revolutionary – a range of appliances giving users a taste of clean air on the go (with a price tag that makes it a lot more palatable).

Till then, we've got a cheaper alternative in mind.