CES 2019 showcases gadgets that are smart, but want to peek into our lives: Report

Industry is still trying to figure out the balance between providing services and protecting privacy.

Many of the hottest new gadgets are also the noisiest ones.

This week’s CES tech show in Las Vegas was a showcase for cameras that live stream the living room, bathroom mirrors that offer beauty tips and gizmos that track the heartbeats of unborn children. All will collect some kind of data about their users, whether photos or monitor readings; how well they’ll protect it and what exactly they plan do with it are the important and often unanswered questions.

These features can be useful — or at least fun — but they all open the door for companies and their workers to peek into your private life. Just this week, The Intercept reported that Ring, a security-camera company owned by Amazon, gave a variety of employees and executives access to recorded and sometimes live video footage from customers’ homes. 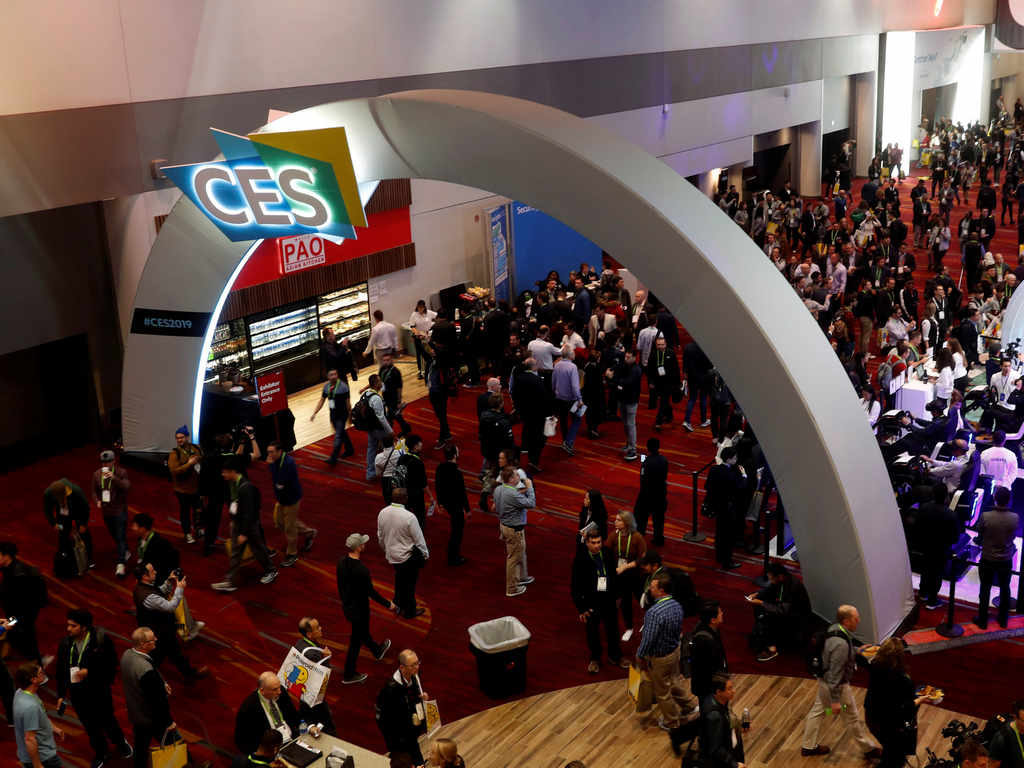 People make their way through the lobby of the Las Vegas Convention Center during the 2019 CES. Image: Reuters

Our data-driven age now forces you to weigh the usefulness of a smart mirror against the risk that strangers might be watching you in your bathroom. Even if a company has your privacy in mind, things can go wrong: Hackers can break in and access sensitive data, or your ex might hold onto a video feed long after you’ve broken up.

“It’s not like all these technologies are inherently bad,” says Franziska Roesner, a University of Washington computer security and privacy researcher.

But she said the industry is still trying to figure out the right balance between providing useful services and protecting people’s privacy in the process.

Like other security devices, Ring cameras can be mounted outside the front door or inside the home; a phone app lets you see who’s there. But the Intercept said the Amazon-owned company was also allowing some high-level engineers in the US to view customers’ video feeds, while others in the Ukraine office could view and download any customer video file. In a statement, Ring said some Amazon employees have access to videos that are publicly shared through the company’s Neighbors app, which aims to create a network of security cameras in an area. Ring also says employees get additional video from users who consent to such sharing.

At CES, Ring announced an internet-connected video doorbell that fits into the peepholes in apartment or dorm-room doors. Though it doesn’t appear Ring uses facial recognition yet, records show that Amazon recently filed a patent application for a facial-recognition system involving home security cameras.

It’s one thing to put cameras in our own homes, but Alarm.com wants us to also put them in other people’s houses.

Alarm’s Wellcam is for caretakers to watch from afar and is mostly designed to check in on ageing relatives. Someone who lives elsewhere can use a smartphone to “peek in” anytime, says Steve Chazin, vice president of products.

The notion of placing a camera in someone else’s living room might feel unsettling.

Wellcam says video streaming isn’t started until someone activates it from a phone and then it stops as soon as the person turns it off. Chazin says such cameras are “becoming more acceptable because loved ones want to know that the ones they care about are safe.”

Just be sure you trust whom you’re giving access to. You can’t turn off the camera unless you unplug it.

French company CareOS showcased a smart mirror that lets you “try on” different hairstyles. Facial recognition helps the mirror’s camera know which person in a household is there, while augmented-reality technology overlays your actual image with animation on how you might look.

CareOS expects hotels and salons to buy the $20,000 Artemis mirror - making it more important that personal data is protected.

“We know we don’t want the whole world to know about what’s going on in the bathroom,” co-founder Chloe Szulzinger said.

The mirror doesn’t need an internet connection to work, she said. The company says it will abide by Europe’s stronger privacy rules, which took effect in May, regardless of where a customer lives. Customers can choose to share their information with CareOS, but only after they’ve explicitly agreed to how it will be used.

The same applies for the businesses that buy and install the mirror. Customers can choose to share some information — such as photos of the hair cut they got last time they visited a salon — but the businesses can’t access anything stored in user profiles unless users specifically allow them to.

Yo Sperm sells an iPhone attachment that tests and tracks sperm quality. To protect privacy, the company recommends that users turn their phones to airplane mode when using the test. The company says data stays on the phone, within the app, though there’s a button for sharing details with a doctor.

Owlet, meanwhile, plans to sell a wearable device that sits over a woman’s pregnant belly and tracks fetal heartbeats. The company’s privacy policy says personal data gets collected. And users can choose to share heartbeat information with researchers studying stillbirths. Though such data can be useful, Forrester analyst Fatemeh Khatibloo warns that these devices aren’t regulated or governed by US privacy law. She warns that companies could potentially sell data to insurance companies who could find, for instance, that someone was drinking caffeine during a pregnancy — potentially raising health risks and policy premiums.