NiceHash has appointed Zdravko Poljaševic as the new CEO who did not previously have a position at the company.

Marko Kobal, the co-founder of Slovenian cryptocurrency mining market NiceHash that lost over $60 million in a Bitcoin hack in December, has stepped down as the company's CEO. 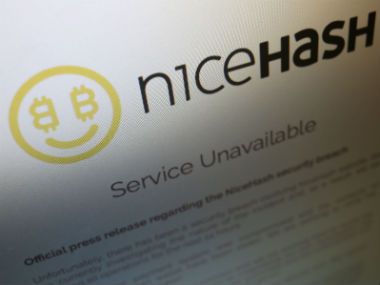 "As you are aware, since the recent security breach we at NiceHash have been working round the clock to rebuild our internal systems as well as the management structure. I shall now stand aside and allow new management to lead the organisation through its next, exciting period of growth," Kobal recently wrote in a statement on LinkedIn.

The marketplace has appointed Zdravko Poljaševic as the new CEO who did not previously have a position at the company, according to Delo, a Slovenian newspaper.

The marketplace is now up and running again, and has announced in an official statement that it will reimburse the affected users, according to electronic trading website Finance Magnates.

Earlier in December, the mining marketplace announced that hackers wiped out its entire Bitcoin wallet, resulting in a loss of $63 million worth of Bitcoin.

The founders apologised about the hack on Facebook Live and were forced to shut down operations for 24 hours.

"Unfortunately, there has been a security breach involving NiceHash website. We are currently investigating the nature of the incident and, as a result, we are stopping all operations for the next 24 hours," the marketplace had said in a statement.