Amid debate on the consequences of AI, India has formed a policy group to study new technologies and recommend a framework for its adoption.

Amid a raging global debate on the consequences of artificial intelligence (AI), India has formed a "policy group" to study the new technologies and recommend a framework for its adoption, IT industry body Nasscom said today. 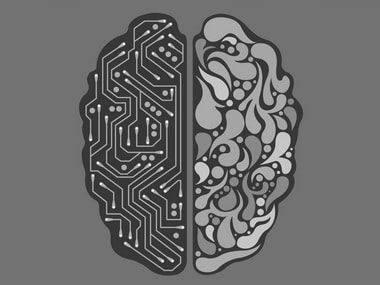 "We all are currently working out on a policy framework on AI," its vice president K S Viswanathan said when asked about concerns over AI or the intelligence exhibited by machines. He said a "policy group" has been created by the Ministry of Electronics and Information Technology with representation from the academia, which has done a lot of research on the subject, and Nasscom for the industry's perspective.

The group will focus on aspects like skilling the workforce, privacy, security and fixing responsibility if anything goes wrong, Viswanathan said. "We have to create a thought leadership on what is this programme all about, what is the likely impact. Create a thought leadership when AI becomes a reality, what are the elements and sub-elements which need to be taken care of, how do we take care of that," he said.

When asked about the likely outcomes from the group's deliberations, Viswanathan said nothing is certain about it, and hinted that it may be a policy framework. On the timelines as well, he was non-committal on the longevity of the engagement for the group.

He said Nasscom will be holding a stakeholders' consultative meeting on what is required from a policy perspective by the end of the year for the same. Concerns are being raised by a section of the tech world, which feels AI has the potential to have unwelcome consequences and are hence making a pitch for a regulation, while others feel that the industry will continue finding required solutions by itself.

Meanwhile, Viswanathan said there are over 800 multinationals like Intel, Boeing, Bosch, Goldman Sachs, Morgan Stanley that have set up their global in-house centres in the country and create USD 20 billion of work every year, growing at 10 per cent which is faster than the services export.

He said while companies look at China for hardware and manufacturing related work, India is becoming the destination of choice for software related centres. Under the Nasscom's 10,000 startups programme, the body has been able to touch 3,000 companies over the last four years and will be touching the remaining by 2023, he said.

Nasscom is creating centres of excellence (CoE) in various startup hotspots in the country as part of the same initiative, where startups can come and work together, he said. One such CoE is already operational in Bengaluru, while the others are planned at Ahmedabad, Gurgaon and Vishakapatnam, Viswanathan said, adding that financial technologies will be a key focus area for them.