Canon is bullish on the imaging technology being a carrier for the Internet of Things (IoT) industry that is growing exponentially in India.

As the millennials in India constantly strive to click that "wow" moment and instantly share it with friends on social media, Artificial Intelligence (AI)-enabled cameras with "minds of their own" are the future that will create perfect shots for them, a top Canon executive has emphasised. 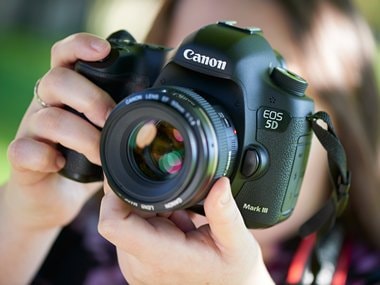 "We are on the right path when it comes to infusing AI into cameras. The experience of the last 80 years has helped us catch new trends early — be it in chips, designs, smart functions or controls. Software development is the key to stay ahead," Kazutada Kobayashi, president and CEO, Canon India, told IANS.

Sensing the future of AI-enabled cameras, Google has launched Clips — a camera that uses AI to figure out when it should take a picture or video.

The clip-on camera automatically adjusts its resolution according to the situation and has a 130-degree lens to fit more of the scene in the frame. When it senses something memorable around, it clicks a 15-second-burst photograph.

According to Kobayashi, camera-centric smartphones are giving the company a renewed push to come up with "serious" cameras as India is an evolving market and so are the demands and expectations of the customers.

"The relationship between a smartphone camera and a real camera is interesting. With smartphones, more and more people are now clicking pictures which have given us a thrust as people are now keen to have better image quality with AI embedded into it. This is a good takeaway from the smartphone market to build Next-Gen cameras," Kobayashi added.

Canon is bullish on the imaging technology being a carrier for the Internet of Things (IoT) industry that is growing exponentially in India.

"IoT is the future of the connected devices and systems around us. Canon has capabilities like the entry of optical information via camera lens or data analytics via microprocessors. The camera is a very strong entry point to gather information, process and digitise it, and get the desired output. Cameras will provide an edge for all IoT devices in the future," the Canon executive noted.

On a question, whether Canon will also begin manufacturing in India, Kobayashi said, "India has a high potential for manufacturing. We have made visits to prospective venues and done feasibility assessments. We don't have concrete plans as of now to share on bringing a certain product range for manufacturing into the country but yes, we are certainly looking into this".

The Indian camera market is growing in both the B2B and B2C segments for Canon.

"The impact of demonetisation and GST are now settled and people are ready to spend more money on cameras. I keep my fingers crossed for the second half of this year when the festive season begins. In the B2B segment, we achieved double-digit growth last year and expect to repeat the performance this year too," Kobayashi added.