Japan’s Canon Inc hiked its annual profit forecast for the third time on 24 October on the back of expanding demand for “business-to-business” products from surveillance cameras to organic light-emitting diode (OLED) screen production equipment. 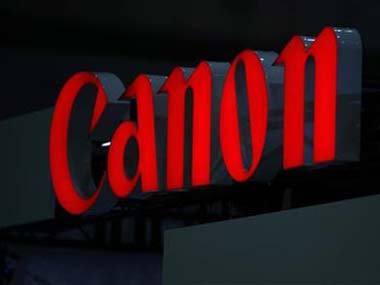 Canon, which also makes copiers and printers, forecast operating profit to soar by more than half to 350 billion yen ($3 billion) for the year through December as capital expenditure by manufacturers grows.

Coupled with a doubling of operating profit in the third-quarter, the upbeat outlook - which surpassed analysts’ estimates - suggests Canon’s diversification from a global camera market under attack from increasingly sophisticated smartphones is paying off.

Imaging industry peers from Fujifilm Holdings Corp to Konica Minolta Inc have taken a similar approach, looking to spend on mergers and acquisitions to move further beyond their traditional businesses.

Demand for medical devices and network cameras - devices housing a lens, image sensor and processor in one unit - helped Canon’s third-quarter operating profit more than double to 80.5 billion yen versus a year earlier even as demand for consumer cameras and printers shrank or remained flat.

Canon said it was helped by a weaker yen in the third quarter, when the Japanese currency averaged 110.93 against the US dollar - a year-on-year drop of around nine yen.

Foreign sales accounted for almost four-fifths of Canon’s total revenue in the first nine months of the year, with the United States - its biggest market - accounting for over a quarter.