Can the Paris Agreement on climate change succeed without the US? 4 questions answered

In 2017, Trump said he will withdraw the US from the Paris Agreement, as pledged during his campaign.

Editor’s note: On 4 November, the Trump administration formally notified the United Nations that it planned to withdraw the U.S. from the Paris Agreement on climate change, which 196 countries adopted in 2015. The pact is designed to keep global temperatures from rising more than 2 degrees Celsius above pre-industrial levels in this century, and if possible, to limit the increase to 1.5°C. Boston University international relations scholar Henrik Selin explains how U.S. withdrawal will affect prospects for avoiding the worst effects of global warming.

1. What is the process for a country to leave the Paris Agreement?

President Trump announced in the summer of 2017 that he intended to withdraw the United States from the Paris Agreement, as he had pledged during the 2016 campaign. The agreement was adopted in 2015 and entered into international legal force on 4 November 2016.

Article 28 of the agreement stipulates that a member can begin a formal withdrawal process no earlier than three years after the treaty enters into force. The Trump administration took this step when it notified the Secretary-General of the United Nations on 4 November 2019 that it intends to leave.

Trump’s notice of withdrawal will become effective one year later, on Wednesday, 4 November 2020 – one day after the next presidential election.

New Zealand Prime Minister Jacinda Ardern hails a parliamentary vote on 7 November 2019, committing the nation to reduce its carbon emissions to zero by 2050 in line with the Paris Agreement.

2. What does the US exit mean for curbing climate change?

The Trump administration’s action will have political and practical implications, but it is unclear exactly how severe they will be.

The Paris Agreement was adopted thanks in part to strong political backing from the Obama administration, and U.S. disengagement now creates a political void. Other major emitters, including China and the European Union, have made it clear that they still support the treaty, but U.S. absence will change the political dynamics.

Many countries’ voluntary pledges under the Paris Agreement are modest, and scientists estimate that taken together, they are wholly inadequate to meet stated temperature goals focused on average global temperature increases of 2 degrees Celsius and 1.5°C. Currently, the U.S. is the world’s second-largest emitter of greenhouse gases, producing roughly 15 percent of global annual carbon dioxide emissions. In addition to pulling out of the the Paris Agreement, the Trump administration is rolling back relevant federal mandates and making it harder for U.S. states such as California to take action to reduce fossil fuel use and greenhouse gas emissions.

But the future trajectory of U.S. greenhouse gas emissions is not determined by whether or not the country belongs to the Paris Agreement. Key factors are federal and state-level policy decisions, economic trends in energy markets and the pace of technological development. Renewable energy sources are rapidly becoming cheaper, making them more economically attractive.

Even after exiting the Paris Agreement, the United States may end up meeting its commitment to reduce its greenhouse gas emissions by 26 percent - 28 percent below the 2005 level by 2025. But that’s only a fraction of what will be required over the next few decades to constitute a serious contribution toward meeting global temperature goals. Put another way, addressing climate change will require strong efforts by all major emitters – including the U.S. – to speed up the transition to a lower-carbon economy.

3. How many other countries have not joined the Paris Agreement?

Currently 186 countries – counting the U.S. – plus the European Union are parties to the Paris Agreement. When the U.S. leaves, it will join a short but eclectic list of nations that have signed but not ratified the agreement, including Angola, Eritrea, Iran, Iraq, Kyrgyzstan, Lebanon, Libya, South Sudan, Turkey and Yemen.

4. Can the US rejoin the Paris Agreement?

Yes. The pact sets out procedures for both leaving and joining the treaty after its entry into force.

Article 21 states that a country that is not a party to the agreement can join it by submitting a formal notification, which will take effect 30 days later. This procedure is the same whether a country used to be a party and then withdrew, or is joining for the first time. 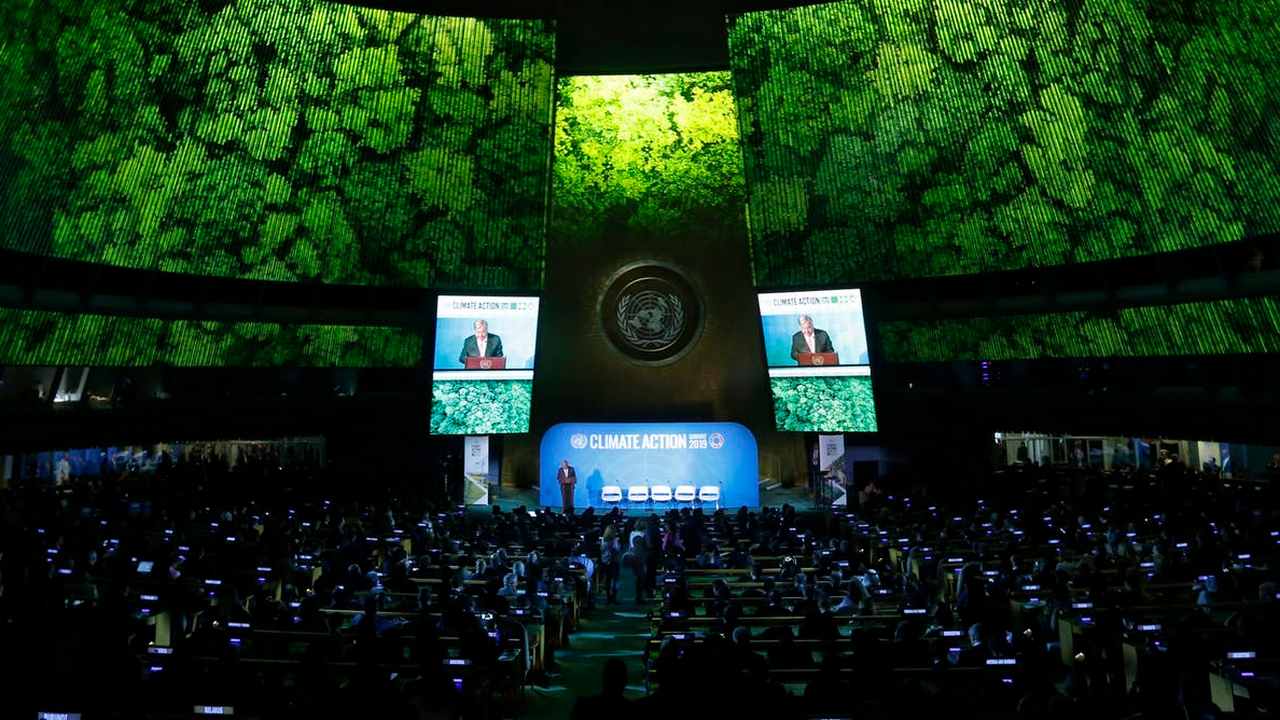 If a candidate other than President Trump wins the 2020 election, he or she will take office on Jan. 20, 2021 and could serve notice that day that the U.S. planned to rejoin the Paris Agreement. In this scenario, the United States could be back by late February of 2021, less than four months after President Trump’s move to withdraw becomes official.

However, when the U.S. joined the Paris Agreement in late 2015, the Obama administration made a legal assessment that this decision was up to the president, classifying it as an executive agreement that did not require Senate approval or changes to U.S. domestic laws. If a future return were conditioned on Senate ratification, it is highly unlikely that it would receive the necessary 67 votes, due to strong opposition mainly from Republican senators.

Even if the United States does rejoin the Paris Agreement in the future, other countries will remember that it unilaterally left an agreement that had global support and may well believe that the U.S. could do so again in the future. America’s reputation as a reliable international partner has already suffered damage that will take a long time to repair.