fits.me is taking the task of finding the perfect fit a step further by using robotic mannequins with dimensions similar to a shopper's in a sort of virtual fitting room.

Asaf Moses is in the midst of displaying a new way to measure body dimensions.

A virtual instructor prompts him to turn 90 degrees to the left and adopt various poses such as "The Penguin," aimed at capturing over 20 different measurements using a device that many people have embedded in their laptops -a simple webcam.

"It's capturing everything that's needed to tailor a shirt to your measurements", said Moses. And it's all online. 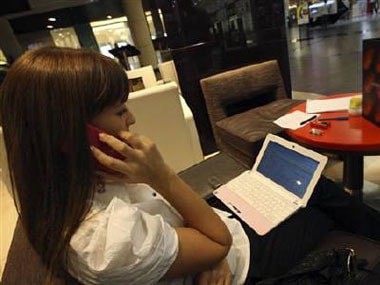 Several technology companies have created new ways for people to size themselves up at home. Reuters

Shoppers generally flock to malls during the holidays beginning on Black Friday, although in recent years many have headed to the Internet. A recent survey by analytics firm comScore predicted online shopping would increase 15 percent this current holiday season.

Yet buying apparel from a website can cause problems finding the right size, look and fit for your body type and personal tastes. As a result, several technology companies have created new ways for people to size themselves up at home.

Moses, the co-founder of one such technology company from Germany, UPcload, said his system takes just three minutes and generates measurements as accurate as a tailor.

Once measured, shoppers will be able to access their measurements at supporting retailers' websites so they can see, for example, if a size small-sized t-shirt will fit around their chest or be long enough to drape down their torso.

Fits.me is taking the task of finding the perfect fit a step further by using robotic mannequins with dimensions similar to a shopper's in a sort of virtual fitting room.

"Robots are a fantastic tool to see how garments look on differently sized human bodies", said Heikki Haldre, co-founder and CEO of the Estonia-based company.

Each garment is photographed 2,000 times, accounting for the permutations of body measurements that the robots morph into.

"When the customer goes online to see the garment on their body measurements, they are seeing one of those pre-recorded images," said Haldre.

Fits.me's virtual fitting rooms are currently being used by retailers such as Thomas Pink and Ermenegildo Zegna.

Haldre said that users of the technology are almost 10 times more likely to make a purchase.

That boost is significant. Forrester Research forecasts that only 10.9 percent of apparel and accessories transactions will be conducted online by the end of 2011, far less than the 25 percent for books and 17 percent for consumer electronics.

"Books and electronics are the most penetrated categories because they're easy to purchase online -- you don't need to touch or feel them," said Sucharita Mulpuru, vice president and principal analyst of eBusiness for Forrester Research.

"It's not just a science. A lot of it is personal preference," which is difficult for technology to address.

Moses of UPcload said accounting for people's varying tastes is something the company considered during development.

"When we started, we had this intention to tell you your size ... (but) people's preferences play an enormous role. Some people want their clothing tight, and some want it loose," he explained. Now UPcload just provides details on the fit.

Haldre of Fits.me agrees. "The fitting room looks at size from the perspective that 'it's a matter of a style', he said.

"It's surprising how many people choose a size that is not recommended by the size chart. Almost half would go for a size smaller, or even a couple sizes larger."

Looking ahead, Haldre envisions an online shopping world where people will "see how clothing will look on them -- with their face and other apparel they might be wearing."

For instance, another company, Zugara, lets customers overlay garments on themselves using a webcam.

Haldre predicted the convergence of various technologies would create a big shift in shopping, eventually leading to online making up 30 percent of apparel purchases.

But Mulpuru was more skeptical.

"I don't know that we'll ever get to 30 percent, because ultimately it's a very personal decision," she said.

"So much of what happens in a store is not just about fit. It's also about someone saying 'that looks great on you' and getting social validation for a product -and that's something that an algorithm definitely can't account for."