BSNL would be required to match the highest bidders price to acquire the spectrum though historically it is not required to participate in auction.

State-owned BSNL is betting on a national rollout of 4G VoLTE services, even as it begins preparatory work on 5G to stay future-ready, a top official has said. 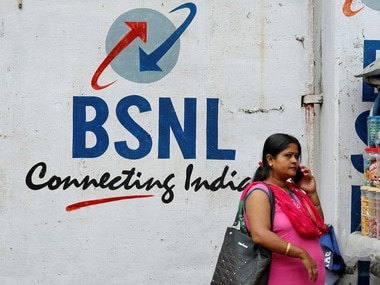 "We are looking forward to pan India 4G VoLTE roll out and seeking spectrum from government," BSNL chairman and managing director Anupam Shrivastava told PTI. Late last year, the telco had written to the Department of Telecom (DoT) to allocate airwaves in the 700 MHz band for rolling out 4G services.

The company expects to get the governments approval soon for using airwaves in 700 MHz band for offering 4G and 5G services in the future. BSNL would be required to match the highest bidders price to acquire the spectrum though historically it is not required to participate in auction.

However, given the high debt burden of the telecom sector, the proposed auction of spectrum in various bands may get delayed by a year. The telco is likely to report a revenue of Rs 28,700 crore in 2016-17, against Rs 28,400 crore the year before despite stiff price war from Reliance Jio.

Shrivastava said BSNLs balance sheet is least leveraged with just Rs 5,000 crore debt and the company is also aiming for profitability at net level in 2018-19. He admitted that BSNL has been left behind but in the last few years, it is on a revival path as it ramps up its infrastructure backbone.

The company has finalised Rs 6,000 crore for setting up 40,000 new base stations which will be implemented by Nokia and ZTE. Nokia will execute the work in the south and west regions while ZTE will do it in the north and east.

Telecom minister Manoj Sinha had recently said the country was switching from voice-centric to data-centric and expected that data usage in India to soon surpass China and USA.VoLTE service allows even voice communication over data pipeline.

BSNL had introduced several competitive scheme for data but was unable to offer free unlimited voice but with VoLTE it will make such efforts possible, officials said. Other private telecom majors like Bharti Airtel, Idea Cellular, and Vodafone are also working in the VoLTE space.

Shrivastava said interaction with Nokia had already taken place on 5G for field trials and a knowledge sharing agreement has been signed with network firm Coriant.