Virgin Orbit released a rocket in mid-air in a key test of its high altitude launch system for satellites.

Richard Branson's Virgin Orbit on Wednesday released a rocket from the wing of a modified Boeing 747 jetliner in mid-air in a key test of its high-altitude launch system for satellites, the company said.

The rocket, loaded with water and antifreeze to simulate the weight of fuel, crashed as planned into the Mojave Desert as the jetliner, nicknamed Cosmic Girl, continued on its flight path.

"This test puts us into a pre-launch posture," Hart said. Assembly of Virgin's first commercial rocket will finish this month, and the company plans to launch test satellites into orbit this summer, he said.

Competition is fierce among Virgin Orbit, Firefly, and US-New Zealand company Rocket Lab, which are designing smaller or non-traditional systems to inject smaller satellites into orbit and meet growing demand. 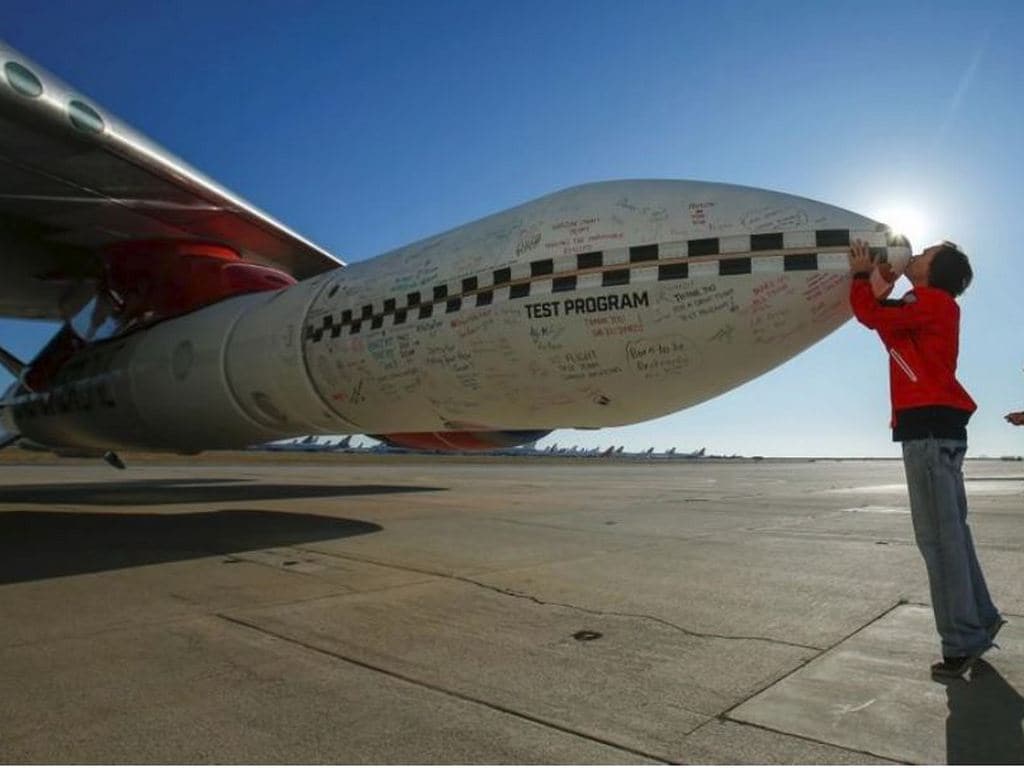 Virgin Orbit's chief engineer Kevin Sagis kisses the tip of a test rocket underneath the wing of a modified Boeing 747 jetliner prior to its takeoff and drop test of its high-altitude launch system for satellites from Mojave, California, US 10 July 2019. REUTERS/Mike Blake

Virgin Orbit has fallen slightly behind Rocket Lab, which has already completed six orbital launches, though Virgin Orbit says its rocket can haul about twice the weight.

Hart said acquisitions or mergers could play a role in Virgin Orbit's growth strategy and did not rule out buying assets of Stratolaunch.

Stratolaunch designed a larger aircraft-and-rocket combo system, but Reuters reported the company is shutting operations while looking to sell its assets including the world's largest airplane by wingspan.

"We've had discussions in the past, but there's not a lot of activity there at the moment," the Virgin Orbit executive said.

Virgin Orbit's subsidiary VOX Space LLC is selling launches using the same mid-air launch system to the US military, with a first mission slated for early next year.

Virgin Orbit said last month it plans to bring its satellite launch system to Japan in partnership with airline operator ANA Holdings Inc, which will provide maintenance and possibly aircraft.

That launch location will join other sites including the United States, Guam and United Kingdom, which Virgin Orbit says will provide satellite makers and governments more flexibility.

"The responsiveness of an air-launch platform is unparalleled," he said. "We can launch at any time, to any orbit (Earth or Moon) and from anywhere in the world."

Hart said there are many other benefits of launching rockets from a traditional airplane. Virgin Orbit's Cosmic Girl takes off from a runway, so there is no launch pad maintenance and the company is not competing for time slots to schedule missions.