BPL partners with Amazon to launch its own Alexa-powered smart speaker; to launch in early 2018

Touted as the BPL Voice One, the company expects the speaker to be the first attempt by an Indian company to bring Alexa to Indian masses.

Indian company BPL has teamed up with Amazon to announce the launch of its first Alexa-powered smart speaker. According to the company, the speaker could be expected to launch in early 2018 in the Indian market. 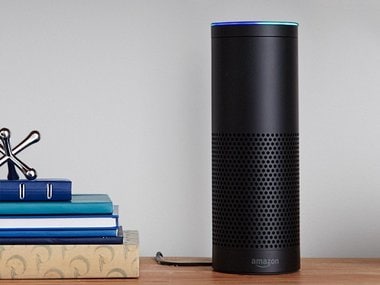 Touted as the BPL Voice One, the company expects the speaker to be the first attempt by an Indian company to bring Alexa to Indian masses. Utilising Amazon's voice-based cloud assistant, the Voice One will be able to play music, set alarms, check the weather as well as a number of other tasks assigned to it. BPL also mentioned in a statement that the speaker would be an Amazon India exclusive at the launch. The company has not announced pricing details for the upcoming speaker at the time of writing.

At the launch of Voice One, BPL added, "The speaker is in the prototype stage and will be released after specific tests that are in process. BPL will price the speakers attractively to appeal to a larger audience." BPL Chief Operating Officer, Manmohan Ganesh issued a statement stating, " Our relationship with Amazon has been engaging and insightful and we do believe that through Alexa Voice Service we will continue to give our customers the perfect mix of innovation and reliability in a brand.”