Blockchain is at the same stage of development as the internet was in the 1990s: Pundi X Labs CEO Zac Cheah

How does a blockchain-powered phone work? What are its benefits? Where would we use one?

Blockchain is being hailed as the next big thing, and not a quarter passes by when we don't hear about some company or government waxing eloquent about the applications of blockchain technology.

One of the most popular applications which put blockchain technology on the map was Bitcoin. The cryptocurrency, created by an anonymous individual going by the name Satoshi Nakamoto, is an alternative currency which is challenging the hegemony of fiat currencies such as the Dollar, Pound, Yen, Yuan and so on. The technology powering Bitcoin is blockchain, which is an open and distributed ledger. It uses an append-only data structure, that means you can only add data to a blockchain but cannot erase past data. Due to its decentralised nature and built-in encryption, blockchains have the potential to increase transparency and accountability. However, cryptocurrency is not legal tender in India, but the use of blockchain technology is being considered for a lot of public-facing services by the government bodies.

A startup going by the name Pundi X Labs has been working in the area of making blockchain more mainstream when it comes to doing transactions. To that effect, it has created two blockchain-powered devices:

We spoke to the co-founder and CEO of Pundi X Labs, Zac Cheah, on the company's future plans and the idea behind the creation of a consumer device like a smartphone to evangelise blockchain technology. 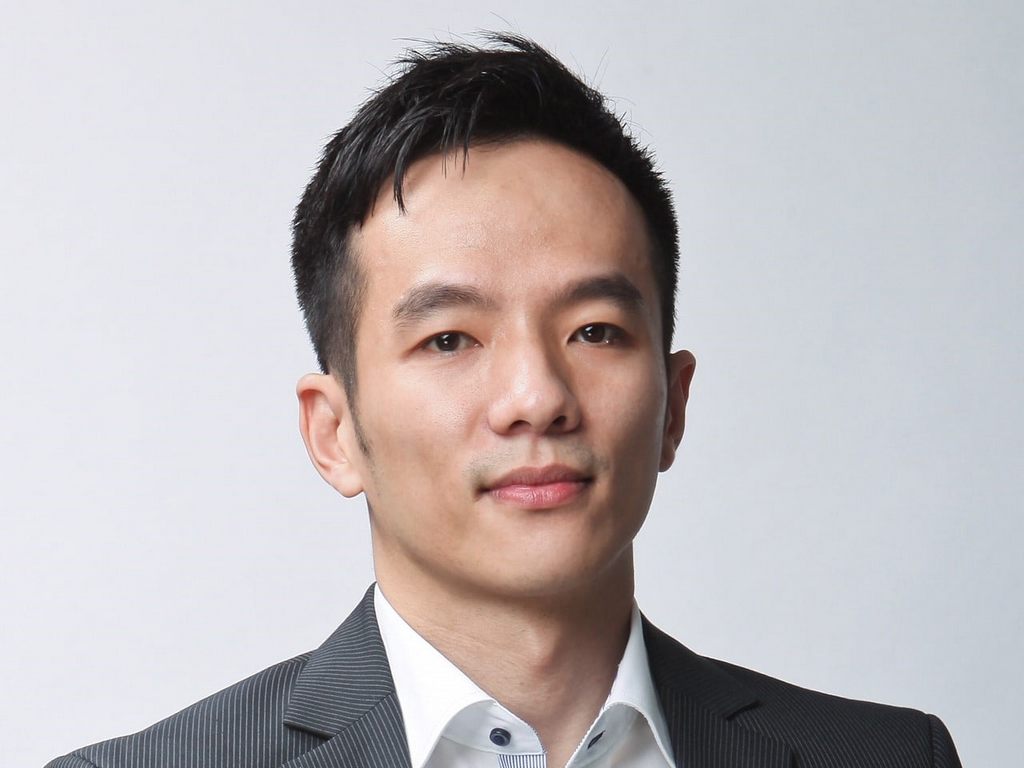 tech2: What was the idea behind the XPhone? What exactly do you mean by a 'Blockchain phone'?

Zac Cheah: As a blockchain company, we are constantly looking at ways to leverage the power of blockchain, use it and enhance every aspect of our lives. We are currently innovating and developing new technologies that could bring us closer to our goal and that drove us to the creation of the XPhone which is now called Blok on Blok (or call BOB in short).

We began by looking for a suitable public blockchain to service our blockchain-based Point-of-Sale device, the Pundi XPOS (Pundi X point of sale). We could not find one of suitable speed and sophistication, nor one which had stood real-world tests. So, we decided to make our own. The result was not just the invention of a new blockchain but a new protocol for transmitting data in a blockchain world — Function X — which is capable of sending, storing, sharing and publishing data and apps of all kinds in an entirely decentralised way. It has myriad applications and could be used to decentralise every bit or byte of data on the internet. But we decided to showcase its applications in a working prototype for blockchain-based telephony in Blok on Blok.

tech2: Who is a blockchain phone meant for?

Zac Cheah: Blockchain is at a similar stage of development now as the internet was in the 1990s. By leveraging blockchain technology, the data is able to be transmitted and stored in a decentralised way. We believe a blockchain phone OS can be as transformational, as it enables users to securely send and receive data of all kinds as well as returning the data ownership back to the users. What this does is help the users share data the same way they do it online, but in a much easier and more secure way through the blockchain. The idea is to put the blockchain in the hands of millions (of people) through a smartphone and returning control of their data back to them. By offering people the choice to be independent of a centralised communications network, we’ve created a new use for blockchain that can be appreciated and used by most people.

Zac Cheah: The blockchain-based calling and SMS function can be turned on and off in BOB. The phone is built on top of an Android-based OS so it can revert to normal calling via a centralised carrier if users prefer, making it entirely compatible. Unlike other ‘blockchain-powered’ phones focusing on storing crypto assets, BOB can also process data of all kinds by operating independently of centralised carriers. Users can route phone calls, messages and data via blockchain nodes without the need for centralised service providers.

With the f(x) OS powering BOB, it is the world's first true blockchain phone that is secure and truly decentralised to its core. The f(x) OS allows the users to tap into the Function X ecosystem that is built entirely on the blockchain. Each BOB functions like a node, supporting the Function X blockchain. Unlike traditional phones, you will be able to call, message, browse the internet or access app services without centralised service providers.

tech2: In a country like India, where cryptocurrency of any kind is banned from being held, how relevant is the XPhone? Does it make sense for anyone in India to use it without the functionality of using the crypto wallet?

Zac Cheah: One of our key agendas for this year is to stay ahead of the regulatory curve and make sure we remain compliant in the markets we operate in. And to make sure that we stay plugged in and aligned to the regulatory space, we have ongoing and open communication with regulators and monetary authorities in jurisdictions where we operate in. In jurisdictions that are supportive, we will accelerate deployment; and in jurisdictions that consider our operations to be non-compliant, we will exit that market.

For India, we do not see regulations specifically point out to forbid people to download a crypto wallet app or use blockchain phones. If there is, we will comply with the local regulations. The XPhone, now known as Blok on Blok, was shown off at MWC 2019. Image: Pundi X Labs

Zac Cheah: The blockchain mode enabled by Function X OS allows your data to be kept encrypted and secured. Moreover, the dual OS feature allow users to do things with both Android OS (the traditional mode) and Function X OS (the Blockchain mode). Switch between blockchain and traditional mode on the fly to access your favourite Android apps. Instead of racing towards the next fastest phone, we seek to create a world where you have complete control over how your data is used.

Decentralised applications, by contrast, are controlled by no single entity. They allow consumers, businesses and other content creators to connect directly, cutting out the middlemen and changing the terms on which business is done across industries. Decentralisation has given birth to a next-generation internet service framework which has the ability to improve the existing internet and blockchain architecture, combining the benefits of both worlds and using the most commonly-used technical solutions.

The blockchain-powered phones stand as a unique example for using distributed ledger technology to extend the uses and benefits of blockchain to telephony, messaging and digital communication of all kinds.

The XPhone, now known as Blok on Blok, was shown off at MWC 2019. Image: Pundi X Labs

tech2: Would it be right to call Function X a decentralised version of an Android or iOS app store?

Zac Cheah: Yes, you can as there will be decentralised apps designed and operated on the top of Function X OS.

tech2: What are some of the advantages of Function X apart from it being an ecosystem for XPhone?

Zac Cheah: Function X is an ecosystem built entirely on and for the blockchain. Everything in f(x) is totally decentralised and secure, which means that the application source code, transmission protocol and hardware can be part of the decentralised network. In fact, every bit and byte in f(x) is part of the blockchain. The f(x) ecosystem consists of five elements: f(x) operating system, f(x) public blockchain, f(x) FXTP (which is a transmission protocol for the decentralised network, much like how HTTP is one for the web), f(x) docker and f(x) IPFS (it's protocol and network designed to store data in a distributed system).

The next era of the internet is "Blockchain Internet". Function X will be leading the charge to power this new era of a decentralised world. Every app, image, data, bit and byte on the internet will be decentralised.

tech2: Which countries is the Pundi X card available in? How many POS terminals are there globally which accept Pundi X card?

Zac Cheah: Pundi X is a leading developer of blockchain-powered devices, including the world’s first point-of-sale solution, the XPOS, which enables merchants and consumers to do transactions on the blockchain in physical stores. We have shipped over 5,000 XPOS around the world, among which 1,000+ are being actively used and the number continues to grow. We are seeing an uptake of usage, which is the educational process given by our XPOS distributors and merchants to potential crypto users.

The top countries currently for XPOS transactions for payment are Panama, Colombia, Venezuela, Brazil and Ecuador.

The XPOS has been shipped to over 30 countries including Argentina, Australia, Colombia, Korea, Switzerland, Taiwan, Venezuela and the USA; 100,000 devices are being targeted for rollout to the global retail market by 2021.

tech2: Considering blockchain technology relies on consensus among the participating nodes, would operating the XPhone in the blockchain lead to a delay in performing certain functions?

Zac Cheah: Not really. Anything that is transmittable over the distributed network can be stored in the block, including but not limited to phone call records, websites, data packets, source code, etc. It is worth noting that throughout these processes, all data is encrypted and only the owner of the private key has the right to decide how the data should be shared, stored, decrypted or even destroyed.

Hence, the consensus of the Function X Blockchain is using Practical Byzantine Fault Tolerance (pBFT). All nodes agree on the same state of the system at a particular time. This allows for faster and confirmation-less transactions.

tech2: How many dApps are out there, and do all of them work on the XPhone or do developers only have to use the Function X platform for them to be functional on the XPhone?