This is not the first time that Amazon CEO and Founder has become the richest person as he temporarily overtook Bill Gates as the richest man back in July. 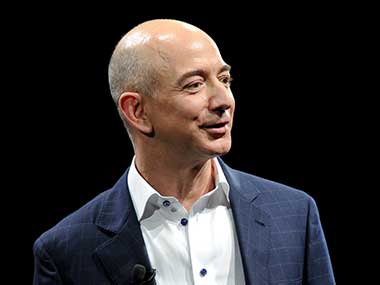 According to a report by Bloomberg, the current net worth of Bezos it about $100.3 billion as Amazon shares jumped more than 2 percent after positive outlook for Black Friday sales. As pointed by the report, online sales increased by 18.4 percentage in comparison to last year as reported by Adobe Analytics. With the increase in the number of online sales, Amazon investors are confident that Amazon will share secure ‘an outsized share’ of that increased online sales figure.

His annual net worth has increased by $32.6 billion in 2017, the largest increase in the net worth by anyone on the ‘Bloomberg Billionaires Index’ as mentioned by the report. The interesting thing to note with the $100 billion is the fact that Bezos is the second billionaire after Bill Gates back in 1999 to reach the 12-figure market for net worth.

One thing to note in this case is that we are not sure what Bezos plans to with this much amount of wealth as unlike Bill Gates and Warren Buffett, the current number two and three on the list who have donated a considerable amount of money to their philanthropic efforts, Bezos not focused much on philanthropy. This is not the first time that Bezos has become the richest person as he temporarily overtook Bill Gates as the richest man back in July.