By Tom Wilson and Gertrude Chavez-Dreyfuss LONDON/NEW YORK (Reuters) - Bitcoin tested 15-month highs on Monday after jumping more than 10% over the weekend, with analysts ascribing the spike to growing optimism over the adoption of cryptocurrencies after Facebook unveiled its Libra digital coin. The original cryptocurrency hit $11,247.62 on the Bitstamp exchange late on Sunday, its highest since March last year 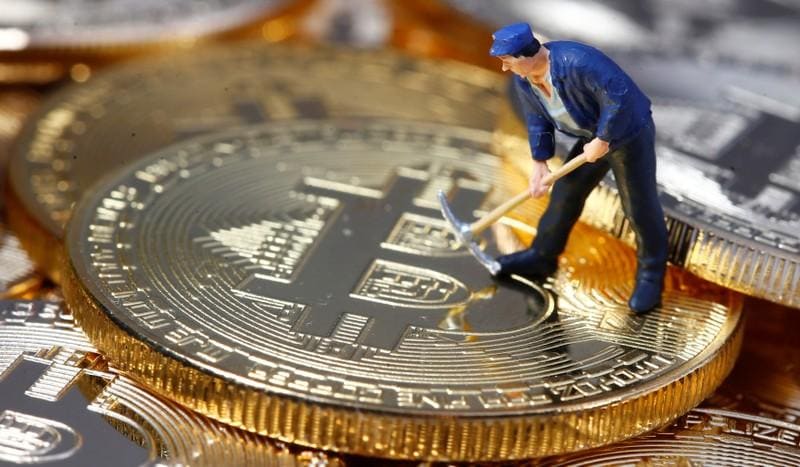 By Tom Wilson and Gertrude Chavez-Dreyfuss

LONDON/NEW YORK (Reuters) - Bitcoin tested 15-month highs on Monday after jumping more than 10% over the weekend, with analysts ascribing the spike to growing optimism over the adoption of cryptocurrencies after Facebook unveiled its Libra digital coin.

Facebook said last week it planned to launch a new cryptocurrency called Libra, though the announcement immediately led to questions from regulators and politicians across the world.

"They believe that Libra will create mass awareness of cryptocurrencies and act as a gateway to adoption."

One of the biggest reasons for the bitcoin rally, analysts said, is the cryptocurrency's next "halving" in May 2020, where the rewards offered to bitcoin miners shrink. That has constrained the supply of the digital currency.

Bitcoin relies on so-called "mining" computers that validate blocks of transactions by competing to solve mathematical puzzles every 10 minutes. In return, the first to solve the puzzle and clear the transaction is rewarded new bitcoins. Bitcoin technology was designed in such a way that it cuts the reward for miners in half every four years, a move meant to keep a lid on inflation.

The mining reward is currently 12.5 bitcoins. In the next halving in 2020, the reward will fall to 6.25 new bitcoins.

"Bitcoin always does a 200% pump within 1 year before the halving and another much, much bigger pump in the year after the halving," said Stuttgart-based Marius Kramer, a social media influencer who currently works with crypto investing app Ember Fund.

Other traders cited geopolitical factors from tensions in the Gulf region to the U.S.-China trade war as fuelling interest in bitcoin, which has more than doubled in price since March.

Thomas Puech of Enigma Securities, a London-based firm that specialises in larger size over-the-counter cryptocurrency deals, said growing tensions between the United States and Iran were "gas" for bitcoin and other cryptocurrencies.

In late March, bitcoin broke out of a spell of limited price moves. So far this year it has surged nearly 200%, an ascent peppered by double-digit price swings.

Bitcoin's volatility has been a boon to larger investors such as hedge funds, and other investors searching for returns as central banks across the world lean toward lower interest rates, said Puech.