By Tom Wilson LONDON (Reuters) - Bitcoin passed $17,000 on Tuesday to touch its highest level this year, with investors ascribing the gains to demand for its perceived inflation-resistant qualities and expectations of wider mainstream acceptance. The original and biggest cryptocurrency climbed 3.6% to $17,325, its highest level since Jan. 2018 - just after the peak of its 2017 bubble 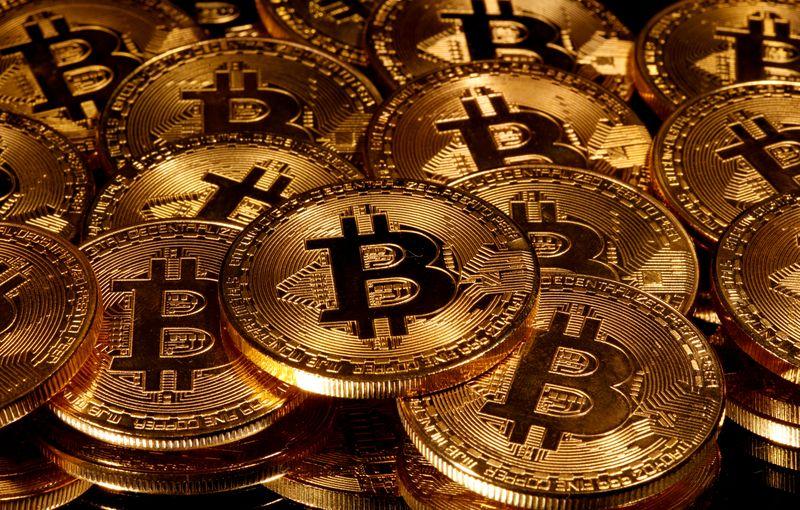 LONDON (Reuters) - Bitcoin passed $17,000 on Tuesday to touch its highest level this year, with investors ascribing the gains to demand for its perceived inflation-resistant qualities and expectations of wider mainstream acceptance.

Bitcoin has soared over 130% this year, and is up more than four-fold from its March lows.

Other major cryptocurrencies including ethereum and XRP, which often move in tandem with bitcoin, climbed between 2%-4%.

Powering bitcoin's 2020 rally has been strong appetite for riskier assets in the wake of unprecedented government and central bank stimulus measures to combat the COVID-19 pandemic, and a growing attraction to its purported inflation-proof qualities.

Investors such as family offices, which manage money on behalf of wealthy individuals, have sought out the cryptocurrency as a hedge against any future inflation that stems from central bank stimulus measures, analysts said.

Bitcoin's supply is capped at 21 million. Proponents say its scarcity provides an innate value and shields it from central bank or government policies that stoke inflation.

Also supporting prices, investors said, were expectations that bitcoin is being embraced by mainstream companies and moving towards the widespread use as means of payment that it has largely failed to achieve thus far.

Last month, PayPal said it would open its network to bitcoin and other cryptocurrencies. Bitcoin has risen by nearly half since PayPal's move.

"The ultimate endorsement of crypto is whether you can buy your groceries with it and pay taxes with it," said Russ Mould, investment director at AJ Bell. "That would be the ultimate acceptance."