Bing’s outage came a day after a widely read article criticizing the quality of search results from Baidu.

Search engine Bing’s outage in China last week was a technical error, rather than an intentional censorship block, a source familiar with the matter said, although Chinese authorities and Microsoft have not commented on the topic. 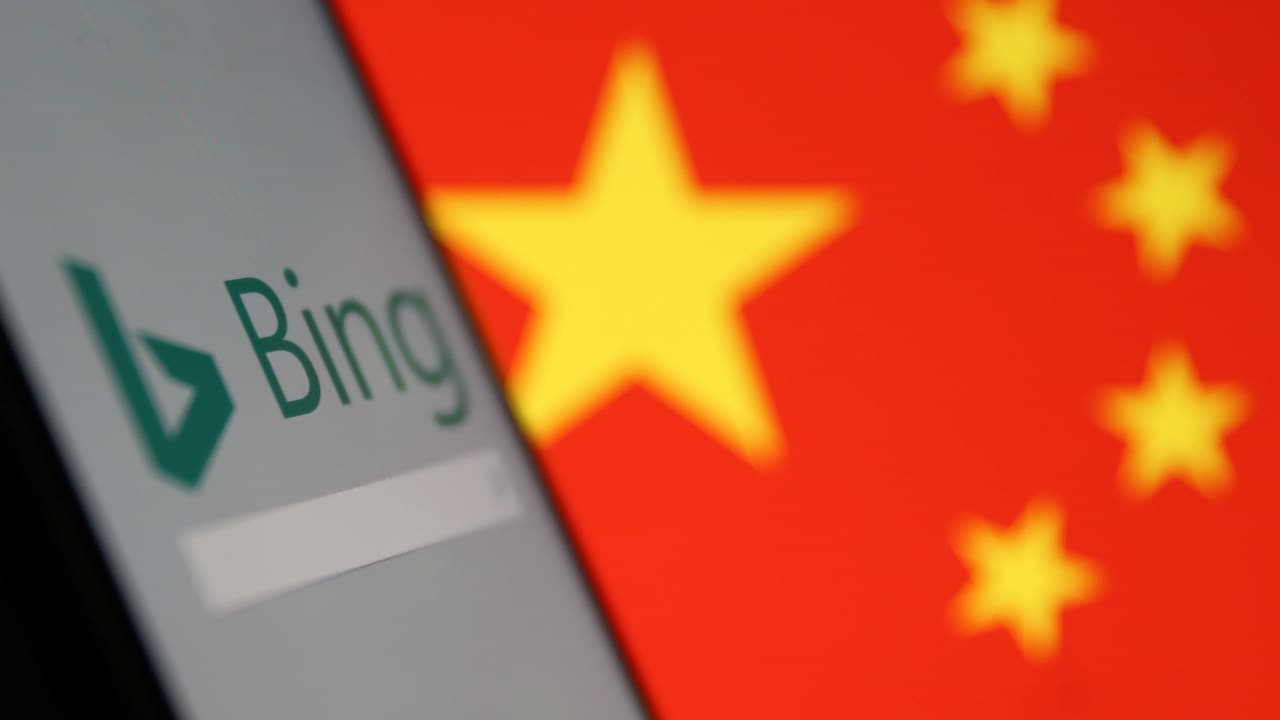 A smartphone with the Microsoft Bing logo is displayed against the backdrop of a Chinese flag. Reuters

From a technical perspective, a person at Microsoft Corp told Reuters, the site appeared to have been blocked in a manner similar to sites blocked by the government.

But the company had received no prior notice from authorities, and the disruption was not intentional on the part of the government, added the person, who declined to be identified, citing the sensitivity of the matter.

Microsoft was not immediately available for comment on Monday. Last week, although it confirmed the outage, it declined to give details.

The Cyberspace Administration of China did not respond immediately to a faxed request from Reuters seeking comment.

Starting from Thursday, Internet users in China attempting to access cn.bing.com, the search engine’s domestic URL, found themselves directed to an error page.

Attempts to log on to Facebook, Google search, or other sites blocked by China’s Great Firewall, encountered the same fate.

Service had resumed by late on Friday, however.

Engineers at ExpressVPN, a provider of virtual private network (VPN) software allowing internet users in China to access censored websites, ran tests during the outage to determine its origin.

They found that rather than domain name service (DNS) poisoning, the most common means for blocking sites under the Great Firewall, Bing’s outage appeared to employ a technique known as “black-holing”.

With this method, rather than re-directing to a dummy server traffic headed for a specific website, the traffic is simply cut off en route, usually at the internet service provider (ISP) level.

Express VPN Vice President Harold Li said blackholing boosts the likelihood of an accidental block, versus the more typical DNS poisoning, though he added that the company could not confirm the exact nature of the outage.

“We have no idea if it was an accident or not, but it’s much easier to make the mistake of blocking Bing when you’re blocking a set of IP addresses,” he said, referring to website addresses.

Bing’s outage came a day after a widely read article by a Chinese journalist criticizing the quality of search results from Baidu Inc, the dominant domestic search engine.

That led some internet users to speculate the two incidents were related. The company has endured regular public backlash since 2016, when a Chinese student died after seeking treatment at a hospital that advertised on Baidu.