As heavy rains pound several states across India throwing life out of gear, environment experts have blamed climate change and rising global temperature for an erratic rainfall pattern which has claimed over 100 lives.

While some experts stress on reducing carbon footprint, some feel it is not a natural phenomenon but a result of unplanned construction.

Several parts of India are currently facing severe flooding as a result of unusually heavy monsoon rain, with the states of Uttar Pradesh and Bihar particularly affected. Flood-affected villagers use a boat to take a patient to hospital in Muzaffarpur. PTI

Tarun Gopalakrishnan, a climate policy researcher at the Centre for Science and Environment, said there was a need to reduce carbon emissions as climate change was resulting in erratic rains.

"Climate change is resulting in more erratic rainfall patterns, including a large portion of seasonal rainfall being concentrated in a limited number of days, leading to flooding. Limiting the human cost of this trend will require drastically cutting carbon emissions around the globe, while investing in adaptation for the new climate reality," he said.

Scientists on the Intergovernmental Panel on Climate Change (IPCC) believe that the rise in global and local temperatures have contributed to the observed anomalies in rainfall.

"Parts of Bihar and the Uttar Pradesh-Uttarakhand belt already exhibit a rising trend in terms of the number of heavy rainfall events. Though we cannot pinpoint each event to climate change unless we do in-depth attribution study, it is likely that the rise in global and local temperatures have contributed to observed anomalies in rainfall," said Roxy Mathew Koll, Co-Author of IPCC's special report on oceans and cryosphere.

"Specifically, widespread heavy rains resulting in floods are on a rise across the central and west coast, and parts of north/north-east India," he said

"These areas have received rains unprecedented in recent history. The recent IPCC report has forecasted these variations due to changes in the ocean and cryosphere. More than 100 climate scientists have been involved in preparing the report that states the current knowledge on these climatic events by assessing more than 7000 published work," Prakash said.

"Massive and unprecedented flood events will occur due to warming up of oceans leading to severity of extraordinary cyclonic events," Prakash said. 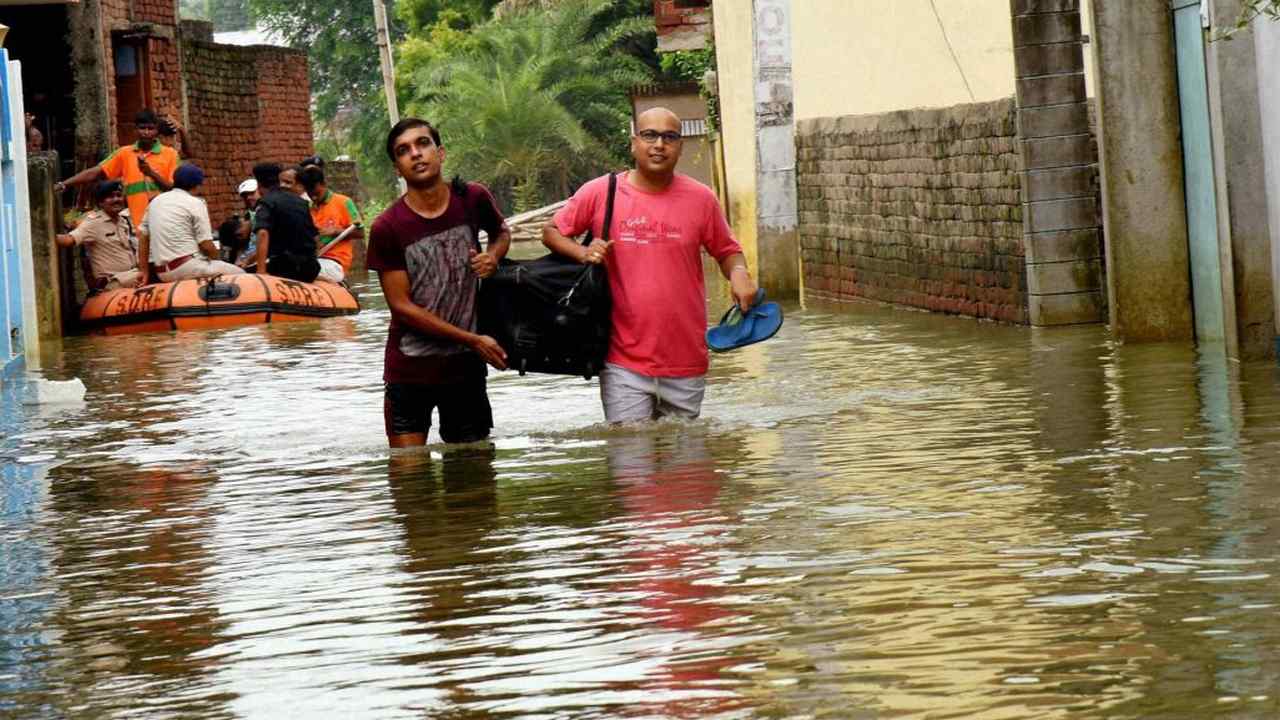 However, an official from the India Meteorological Department (IMD) believed that the act of unplanned developmental activities carried out by humans was causing the havoc. Refusing to blame climate change for the devastating floods occurring in the country, Anand Kumar Sharma, Deputy Director of Meteorology, IMD, said, the "real issue is change in land use and encroachments".

"Climate change can be linked very easily but one has to see these real issues. The real issue is change in land use, land cover and unplanned development taking place in these areas. When river plains will be encroached upon and unplanned development will take place, then these calamities are bound to occur. People are building houses even in rivers plains now," Sharma said.

According to a climate science and policy institute based in Germany, the world has so far heated about 1 C since pre-industrial times and, around the world, heavy rainfall has increased.

An analysis found that there has been a threefold increase in widespread extreme rainfall over central India since 1950, as a result of warming in the northern Arabian Sea and that rainstorms in north India have become 50 per cent more common.

The trend of more unpredictable and extreme rainfall in India reflects what scientists predict will happen due to climate change, particularly if emissions do not fall.

Temperature rise is likely to make India's summer monsoon much more unpredictable, according to the World Bank.

It also says that continued high emissions would mean a monsoon so extreme it currently happens only once a century would instead happen once a decade.

There is also a connection between the El Ni o climate cycle and drought in India. A recent UN climate science report warned that El Ni o and La Ni a, the opposite pattern, are likely to become more extreme, particularly with continued high emissions.

Rain-related fatality mounts to 148 including in Bihar and Uttar Pradesh; highest rainfall this monsoon since 1994, says IMD