Bigelow Aerospace entered into an agreement with United Launch Alliance (ULA), to launch the expandable module B330 on ULA's Vulcan launch vehicle.

Las Vegas-based space technology company Bigelow Aerospace plans to send an expandable habitat around the Moon to serve as a lunar depot by 2022. Bigelow Aerospace entered into an agreement with United Launch Alliance (ULA), a joint venture of Lockheed Martin and Boeing, to launch the expandable module B330 on ULA's Vulcan launch vehicle. 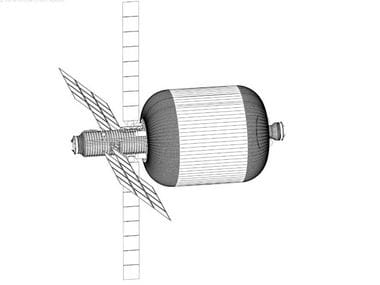 "Our lunar depot plan is a strong complement to other plans intended to eventually put people on Mars," Robert Bigelow, President of Bigelow Aerospace, said in a statement this week.

"This lunar depot could be deployed easily by 2022 to support the nation's re-energised plans for returning to the Moon," Bigelow said. NASA wants to return humans on the Moon and establish a presence on the lunar surface before sending astronauts to the Red Planet in the 2030s.

"This commercial lunar depot would provide anchorage for significant lunar business development in addition to offering NASA and other governments the Moon as a new exciting location to conduct long-term exploration and astronaut training," he said.