Beyond S5: Samsung to launch Galaxy F with metal body in 2014

According to new reports, the company is also likely to launch a new device, the Galaxy F with a full metal body.

It seems that the Galaxy S5 won't be the only premium device launched by Samsung Electronics in 2014. According to new reports, the company is also likely to launch a new device, the Galaxy F with a full metal body.

According to a new report in the Korean paper ETNews, the launch is likely to be around the same time as the Samsung Galaxy S5 launch, although the exact date is not yet known.

The report says that the metallic prototype was developed in Europe and then moved to Samsung's production plant in Vietnam. The Galaxy F, if true, will be the first Samsung smartphone with an all-metallic body. 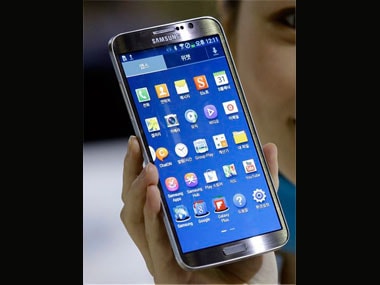 The Samsung Galaxy Round is seen in this file photo. Associated Press

According to SamMobile, the news report confirms rumours that had been floating around of Samsung preparing to launch a new range of premium smartphones.

An earlier report on SamMobile had said that, "these premium handsets will be the answer, with the first such premium device set to launch early next year with all the latest tech, such as a 16-megapixel camera with Optical Image Stabilization (OIS) and octa-core Exynos CPU, and a full metal body and sleek new design".

It's not clear if Samsung will use a flexible screen on these devices as well.

The Galaxy F series is likely to be priced higher than the Galaxy Note or Samsung Galaxy S series.