Best mid-range smartphones of 2017: Winners include Honor 8 Pro, followed by Xiaomi Redmi Note 4, Vivo V5 Plus and others

The days where one would expect a smartphone with polished design instead of something that resembles a smartphone in this segment, have finally arrived.

Another year is coming to a close and it is that time when we look back at what were the best smartphones that kept consumers happy. While we have already covered the 'Best of 2017 flagship smartphones' that were launched this year, a significant amount of smartphone buying happens under the Rs 30,000 price point. It is easily one year where we saw some insane number of phones being launched in the mainstream and budget segment. Even as we write this story, there have been a few phone launches. 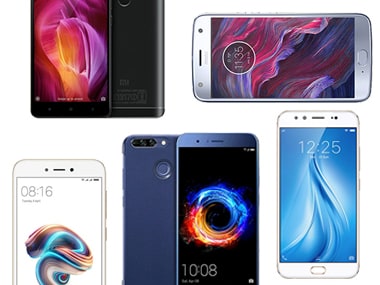 If there was one thing we learned this year, then it's this: Devices launched in the budget and mid-range segment no longer feel ignored and don’t feel like a compromise anymore. Companies across the board stepped up their game and offered devices at compelling price points.

Premium design seeped into the mid-range segment, along with the dual-camera setup, which no longer felt like a novelty that was only limited to flagship smartphones.

So without further delay, lets jump right into our list of top smartphone picks under Rs 30,000 for 2017.

#1 Huawei Honor 8 Pro: A phone that made dual-camera accessible to the masses

Huawei’s sub-brand, Honor, introduced its Honor 8 Pro back in July this year and the package went almost head-to-head with the then released flagship OnePlus 5. Priced at Rs 29,999 along with 6 GB RAM and 128 GB internal storage the Honor 8 Pro offered a refined design, QHD display and a 4,000 mAh battery along with a dual camera setup. The reason we chose the device as our top pick for the list is that the Honor 8 Pro offered stellar value for money. Another reason was that no competitor in the segment offered such combination of hardware specifications and software. The only thing that we found lacking was the camera performance in low-lit conditions, but it wasn't something that competition, in this segment, surpassed either.

Honor 8 Pro rivalled its competition with the Kirin 960 chipset, good design and good battery life. Huawei also ended the year with the Honor View 10 which should soon launch in the Indian market. Our first impressions of this phone have been quite positive too.

#2 Xiaomi Redmi Note 4: The smartphone that took this category by storm reintroducing what customers should expect

Xiaomi Redmi Note 4 was probably one of the most significant smartphones to launch in the Indian market in the year 2017. The reason for this was plain and simple — the staggering value for money under the Rs 15,000 price bracket. In fact, it made things a bit easier for us when friends and relatives asked for a recommendation under Rs 15,000 price bracket. The answer was always Xiaomi Redmi Note 4 for a major part of the year.

Xiaomi got it right with the hardware along with software optimisations from MIUI 8 and MIUI 9. Xiaomi followed this up with a very capable Mi A1, its first foray into Android One territory. #3 Vivo V5 Plus: A solid package from Vivo with one of the best selfie cameras

Vivo V5 Plus was an impressive selfie-focussed smartphone, that was launched early in the year around February. The device offered ‘a great all-around package’ to its users. A number of smartphone makers from China claimed to have the ultimate selfie smartphone, but most smartphones fell short of living up to that promise. Vivo V5 Plus was an exception. 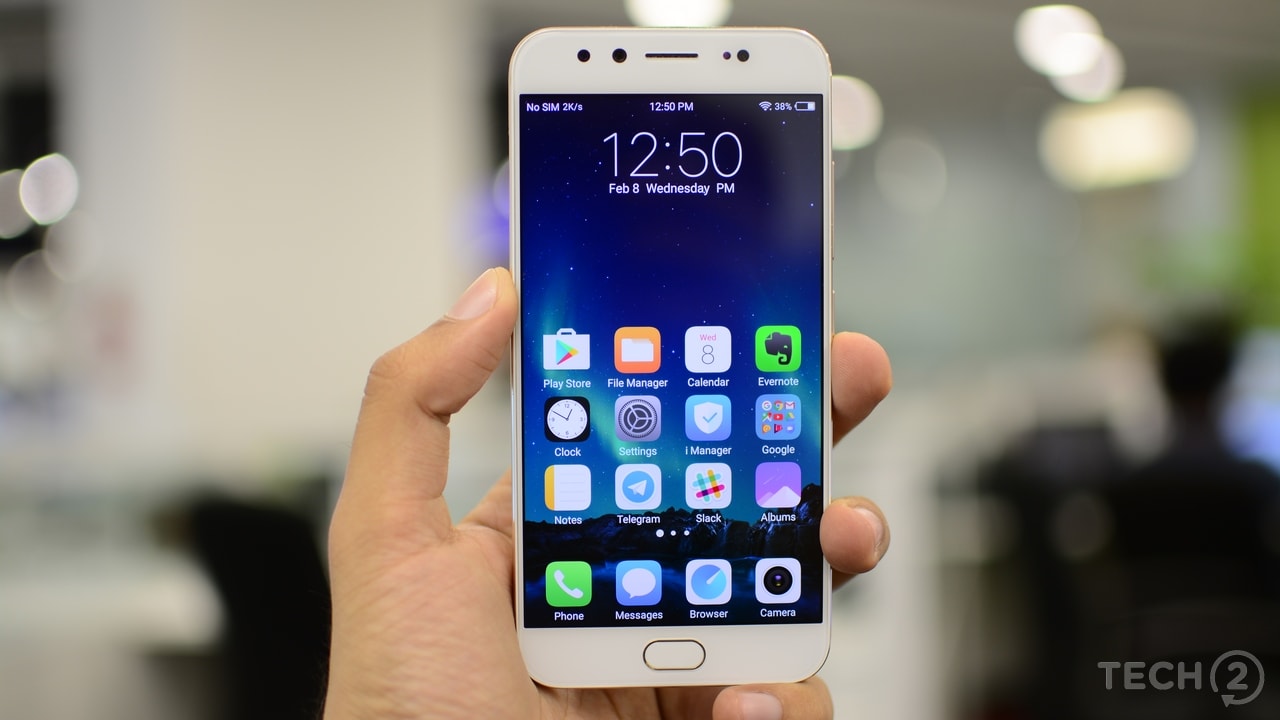 After testing the quality of selfies shot on the Vivo V5 Plus, it was the first time that we were impressed with the image quality of the selfies. The thing to note here is that we are not comparing it with Google Pixel 2 when it comes to selfies, but it does come close in terms of the best selfie smartphone under Rs 30,000.

#4 Moto X4: Lenovo switches gears to introduce a new classy design with all the right hardware and software

Moto X4 came out of nowhere and immediately captured my attention. It is not like the smartphone announcement was a surprise, as it had already launched on Google Fi network in the United States and parts of Europe. But, the reason for my surprise was that Lenovo suddenly took the almost-abandoned X series and re-introduced it with a brand new design. 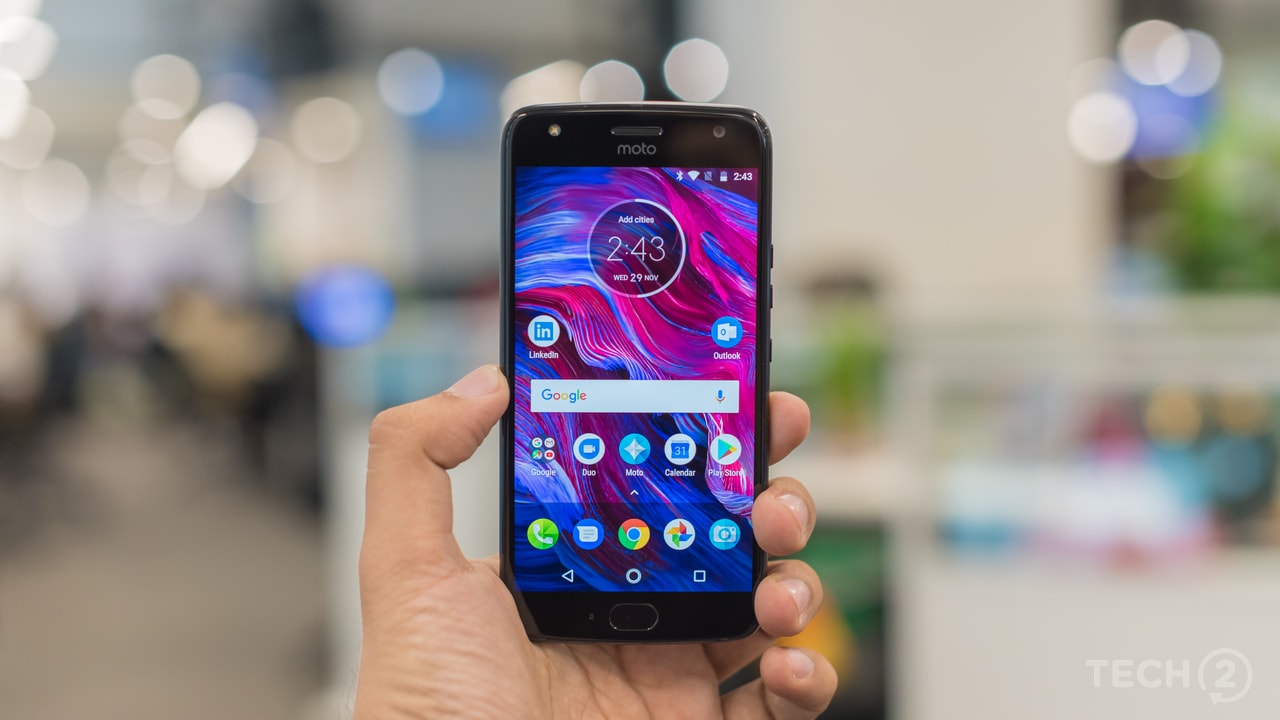 A design that is stunning along with optimised internals and great user experience. Moto turned an unpopular choice in the form of a camera bump on the back of the X4, into something that can be admired for its design. It is inspiring and something that other smartphone makers should learn from when it comes to how to turn odds in your favour.

Last but not the least, Moto has been offering great user experience with a near stock Android offering.

#5 Xiaomi Redmi 5A: 'Desh ka smartphone' that raises the bar for entry-level smartphones

Xiaomi Redmi 5A is the second smartphone from Xiaomi to make it on the list. We were hoping to avoid this situation to remove any doubts about bias towards any company but after much debate, we were left with no choice but to include the 5A in the list. The reason for that is almost identical to the reason on why we included the Redmi Note 4 in the list. There is no smartphone in the market that offers the level of software optimisation for low-end hardware along with unparalleled internals in terms of hardware and unprecedented value for money that Redmi 5A is offering in the Budget market.

The Redmi 5A sets up a steep benchmark for the competition in the kind of experience that a budget and rather a ‘near entry-level’ smartphone can offer to its users.

With the year-end approaching, it is exciting to look back at what the smartphone industry has achieved over the year. It has certainly been a year when the consumers were spoilt for choice across price segments. It was also the year when the Chinese smartphone makers completely owned the mid-range segment. Indian smartphone makers were nowhere on the scene when it came to providing competition. Plus thanks to many smartphone makers now deciding to make their handsets in India, the price advantage was imminent.