But the Israeli source said any digital currency introduced by the country’s central bank would be centralised.

The Bank of Israel is examining issuing digital currency as a means of creating a faster payments system as well as reducing the amount of cash in the economy, a central bank source said on 24 December, though he stressed no decision had yet been made. 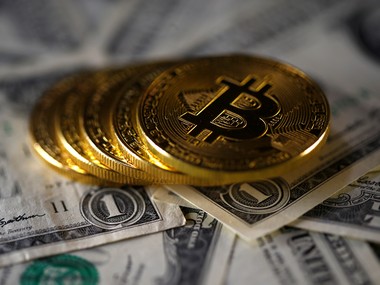 The source, who spoke on condition of anonymity, also said the government was ready to legislate or include the issue in its 2019 budget and economic package if the central bank gave the green light.

The emergence of bitcoin and other so-called cryptocurrencies has led some economists to predict the technology could be used one day across entire economies, with digital currencies created by central banks.

But the Israeli source said any digital currency introduced by the country’s central bank would be centralised, safe and abide by money laundering rules - in contrast to bitcoin and its peers, which are decentralised and whose value has often oscillated wildly.

“Central banks around the world are examining (the use of digital currencies) so we should as well,” the Israeli source told Reuters.

The Bank of Israel declined to comment on the issue.

Cryptocurrencies allow parties to transact payments directly without a central intermediary, by means of blockchain technology that uses a shared ledger that verifies, records and settles transactions in a matter of minutes.

The Israeli government has been seeking to limit the amount of cash in the economy for a few years since the black economy is estimated at some 22 percent of national output.

Last month, the Bank of Israel published a public consultation asking for proposals for the creation of at least one infrastructure that would support immediate payments in Israel, similar to that used in Britain and Sweden.

In such a system, the initiator of the payment is debited immediately and the beneficiary is credited within a very short period of time, the central bank said, adding payments can be made 24 hours a day, 365 days a year.

A fast payments system is one option, while “a central bank- issued digital currency is another form of an advanced payments system which currently does not exist,” the source said.

Last week, Bank of England Governor Mark Carney said he saw “fundamental problems” with the idea of a digital currency issued by a central bank that could be used by the general public.