Think before you click on links about shopping offers for Christmas and New Year gifts, says security software maker McAfee. Social networks, malicious mobile apps, are the most common tricks used by cyber criminals during the festive season.

New Delhi:Think before you click on links about shopping offers for Christmas and New Year gifts, says security software maker McAfee. Social networks, malicious mobile apps are some of the most common tricks used by cyber criminals to steal your money and private information, cautions the firm.

"Be careful when clicking or liking posts, while taking advantage of contests, ads and special deals that one gets from "friends" that advertise the hottest Holiday gifts (such as the new iPad Mini), exclusive discounts at local stores and holiday-related jobs postings," it added.

The most common ways of attack by cyber criminals is through social networks, malicious mobile apps, gift scams, fake charities and bogus gift cards, it said. 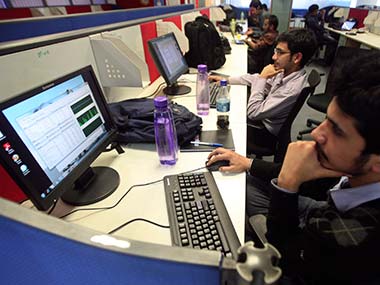 "As such, mobile devices have proven irresistible to cybercriminals, and now they are targeting mobile users through malicious applications...Indians are more likely to be a victim of a cyber scam. More than 23 percent of polled Indians have been victims and almost 25 percent of the polled Indians know someone who has been a victim," McAfee said in the study.

Though Indian respondents said they were concerned about personal information being stolen while using a mobile app on the smart phone or tablet, the highest compared to other countries (67 percent), 95 percent said they are willing to provide some level of personal information in order to receive an offer that is of value to them. India also scored highest on the ranking of sharing credit card details in order to receive such offers.

McAfee also cautioned against booking flights or hotel rooms for the holidays, saying that scammers are looking to hook people with beautiful pictures and rock-bottom prices, it added.

Spam mails offering cheap Rolex watches, the latest iPad Mini or pharmaceuticals, advertised as the "perfect gift" for that special someone, are also used to lure people to click on malicious links.

"As smartphone users we are apps crazy, downloading over 25 billion apps for Android devices alone! But as the popularity of applications has grown, so have the chances that you could download a malicious application designed to steal your information or even send out premium-rate text messages without your knowledge," McAfee said.

One of the biggest scams of every holiday season is fake charities that cyber criminals hope to cash in on by sending spam emails advertising fake charities.

Internet surfers also need to be careful while opening e-Cards that may contain spyware or viruses that download onto the user's computer once they click on the link to view the greeting.

"One of the best ways for consumers to protect themselves is to learn about the criminals' tricks, so they can avoid them. Beyond that they should have the latest updates of the applications on their devices in order to enjoy a safe online buying or other experience," Greve said.

Got hacked: Snapchat knew there was a problem but ignored it