AT&T Inc said on Wednesday that it is expanding its 5G trials to include three new US cities by the end of the year.

AT&T Inc said on Wednesday that it is expanding its 5G trials to include three new US cities by the end of the year as part of its push to develop a next-generation network. 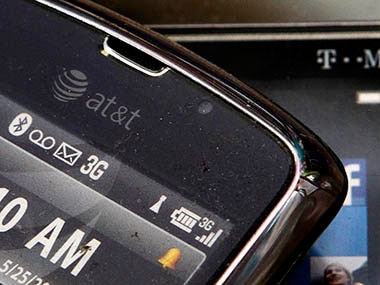 The trials will test a faster broadband service where the last leg of the connection is delivered via a radio signal to a home or business using high-band wireless airwaves known as millimeter wave. Participants in the trials will be able to stream AT&T’s DirecTV Now service over a 5G connection as well as experience shorter lag times for uses such as video conferencing and virtual-reality gaming.

The No. 2 wireless carrier, which is currently conducting similar trials in Austin, will extend them to Waco, Texas; Kalamazoo, Michigan; and South Bend, Indiana, the company said. In those markets, AT&T plans to have more trial participants, which could include small businesses, universities and churches, and larger coverage areas.

The service, called fixed wireless, is expected to be the first application of 5G technologies and could eventually be a competitor to the high-speed Internet services offered by cable companies. It could also be less costly to the companies than deploying fiber to the home.

The tests are intended to help AT&T determine whether millimeter wave spectrum can travel through foliage and buildings, as well as how weather affects the signal.

The company expects deployment of the service as early as late 2018. It is working with Ericsson, Samsung Electronics Co Ltd, Nokia and Intel Corp on the trials.

Rival wireless carrier Verizon Communications Inc has said it is conducting pre-commercial trials for fixed wireless in 11 cities and that it expects a 2018 launch.

Jonathan Chaplin, an analyst at New Street Research, said in an interview that fixed wireless service would likely serve niche markets where there is no existing infrastructure for broadband.

“If there is physical infrastructure, the business case for fixed wireless becomes pretty challenging,” he said. “You’re more likely to get more reliable service over fiber.”

Still, both AT&T and Verizon have been buying millimeter wave spectrum in preparation for fixed wireless and recently got into a bidding war over an asset. In May, Verizon snapped up wireless spectrum holder Straight Path Communications Inc in a $3.1 billion deal, roughly double AT&T’s initial offer.