Asus unveiled the VivoBook S15, its latest laptop from its 'flagship mainstream notebook series' at 'Beyond the Edge' press event in New Delhi on Wednesday. The company has priced VivoBook S15 at Rs 59,990 while the ZenBook UX430 is priced at Rs 74,990. Potential customers can order VivoBook S15 starting 1 October 2017. It also showcased the Asus ZenBook UX430 at the event. The company claims that it is the 'thinnest ever Zenbook' from the company. The VivoBook S15 packs a 15.6-inch screen and weighs about 1.7 kg. The laptop comes with a metallic Icicle Gold finish alongside an FHD NanoEdge display with slim 7.8 mm bezels. It comes with 80 percent screen to body ratio along with a 178-degree wide-view technology. VivoBook is powered by the 8th generation Intel Core i7 processor while packing 16 GB of DDR4 RAM alongside NVIDIA MX150 graphics processor. The laptop also comes with 1 TB HDD and a 128 GB of SSD for the operating system. In terms of connectivity, the VivoBook comes with a reversible Type-C port that supports the USB 3.1 standard alongside two USB 2.0 ports and one USB 3.0 port. Other connectivity features include Bluetooth v4.2 and Wi-Fi. The laptop comes with a backlit keyboard and an integrated fingerprint sensor. The VivoBook will come with a Lithium-Polymer 'SuperBattery' that according to claims by Asus, can provide up to 3X more battery life than conventional laptops. The VivoBook S15 will run on Windows 10 Professional operating system of out the box. 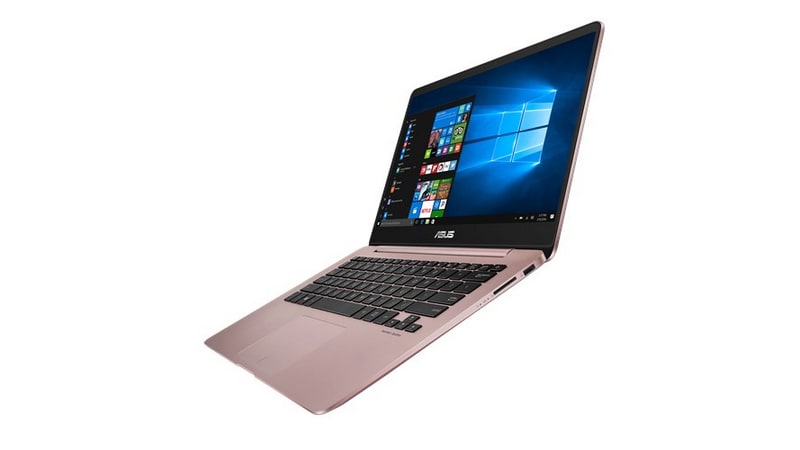 The ZenBook UX430 weighs about 1.25 kg and comes with a 14-inch FHD screen featuring NanoEdge display, similar to the one in VivoBook. The screen-to-body ratio and viewing angles remain unchanged when compared to VivoBook S15. The laptop is powered by 8th generation Intel i7 processors with 16 GB of DDR4 RAM and 512 GB of HDD storage along with the NVIDIA MX150 graphics. Last but not the least, Asus claims that ZenBook UX430 will offer up to 9-hours of battery on standard usage.